Tips for performances and other events in the Slovak regions between June 2 and 9, including gospel music and a rose festival, an international theatre festival, a vegan cooking event, a city art festival, a relay run across the country, a train ride to UNESCO natural heritage sites, and a lot of music, dance, and more. 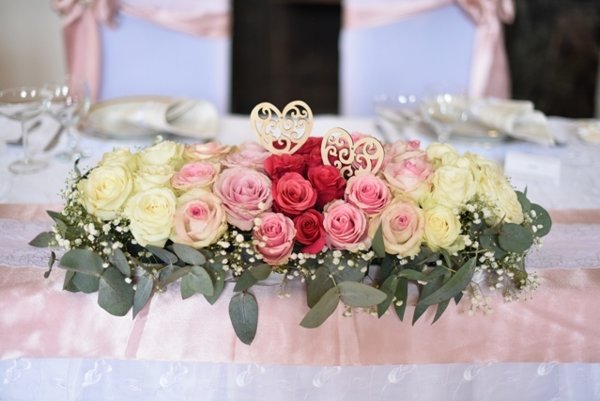 GOSPEL MUSIC: Lumen – The Trnava festival of gospel music celebrates its 25th anniversary and it has gradually grown to the biggest festival of Christian music in central Europe, attracting annually around 10,000 people. This year, it offers within the leitmotif “Touch The Sky!” not just gospel concerts but also workshops, masses, film screenings, a theatre performance, an evangelist project Godzone, and more. The headliner of the Saturday programme on the main stage is the US band Switchfoot, while other performers of both days and all stages include rapper Guvna B, the Russian band Nuteki, the October Light, Estonian ensemble Daniel Levi, as well as Slovak musicians and bands Boží Šramot, Gospel Family, Bystrík Banda, PJUR, Miťo Bodnár, Fluet, Martin Harich, Komajota, Timothy, Angelino, Emma Drobná, Heartbeat (XL). Starts: June 2-3, Trojičné Sqaure, other veneus in Trnava. Admission: free (except for XL zone – €12 in advance, €15 on site). More info: www.fln.sk. 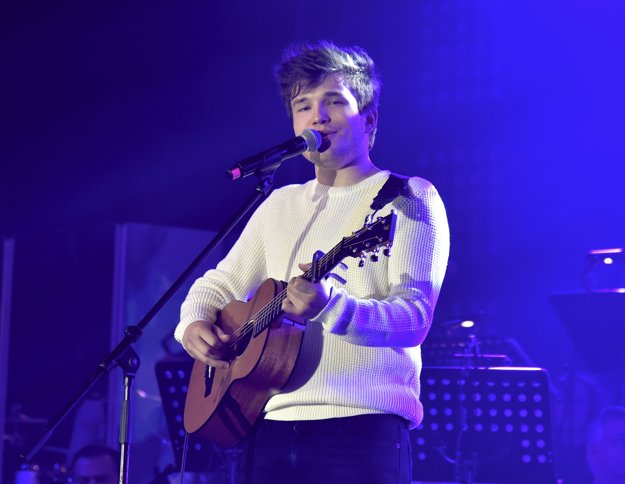 MUSEUM/FESTIVAL: Festival of Music and Roses – Feast of Roses 2017 – The first June weekend is, by tradition, a commemoration of Countess Mária Henrieta Choteková, an important personage in early 20th century rose-growing and the founder of the rosary in Dolná Krupá. The 10th year of the rose show – combined with the election of the Rose of the Year 2017 – also offers two concerts, Beethoven in Dolná Krupá and a Slightly Different Ode to Joy performed by the Elementary Art School of M. Schneider – Trnavský from Trnava, a literary-musical programme Words and Tone (about Beethoven and his connection with Dolná Krupá Roses) a fairy-tale theatre piece for children in the mansion’s garden, folk ensembles, wine and mead tasting, an exhibition about the musical instrument invented by Slovaks, and more. Starts: June 3 (12:30)-4 (9:00-18:00); Mansion of the Slovak national Museum (SNM)-Museum of Music. Admission: €1-€2. More info:

CONCERT: The Alexandrov Ensemble – European Tour 2017 – The ensemble known also as the red Army Choir in the West has embarked on a Europe-wide tour that makes several stops in Slovakia. The soloists include Vadim Ananyeva, aka Mr. Kalinka, and baritone Boris Dyakov and the programme includes wartime hits and songs meant to encourage the soldiers. Czech pop diva Helena Vondráčková will make a guest appearance, while support will be given by the Slovak band, Kandráčovci (at 18:25). Starts: June 3, 19:00; Amphitheatre Nitra. Admisison: €22-€52. Tickets: www.ticketoportal.sk. More info: www.kamdomesta.sk. 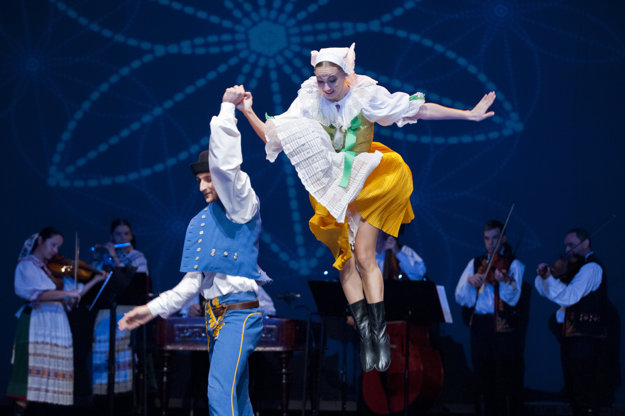 THEATRE FESTIVAL: V4 Festival Stretnutie, Setkání, Spotkanie, Találkozás – The 19th year of the festival of theatre academies and theatres from the Visegrad Four (Slovakia, Hungary, the Czech Republic, Poland) countries brings performances not just from these four states but also from Croatia. Academies from Bratislava, Banská Bystrica (both SVK), Prague (CZK), Wroclaw (PL), Budapest (HU) and Osijek (CRO) and theatres from the Slovak cities of Bratislava, Nitra and Topoľčany, Czech Brno, and Hungarian Győr will give performances. The accompanying programme includes the opening of the exhibition, concerts and films on puppetry, as well as programme of celebrities reading books for children in public. Starts: June 6-9, Staré divadlo Karola Spišáka / Old Theatre of Karol Spišák, 7. Pešieho Pluku Stret. More info: http://sdn.sk/wp-content/uploads/2017/04/stretnutie_A6_2017_web.pdf. 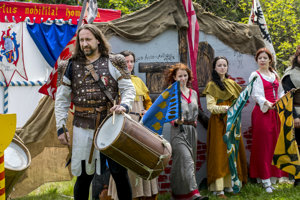 GASTRONOMY: Travellers’ Vegan Sunday – The regular community meeting (once a month) focused on vegan cuisine is always themed, and this time round, the last Sunday cooking before the holiday break will explore culinary discoveries from foreign trips, including exotic ones. Volunteers can cook – with the costs of ingredients covered by organisers – and exchange experiences, while visitors may pay a voluntary contribution to cover these costs. Starts: June 4, 17:00; Stanica Žilina-Záriečie, Závodská cesta 3. Contribution: voluntary. More info: www.stanica.sk.

JAZZ: Laco Deczi & Celula New York: Live Concert and Movino Wine Tasting – The wine-tasting of Movino wines will be combined with the jazz concert given by a Slovak expat living in the USA. Starts: 7, 18:00; Slnečný pavilón, M.R. Štefánika 7. Admission: €20 (tickets should be booked in advance, because of capacity). More info: www.slnecnypavilon.sk. 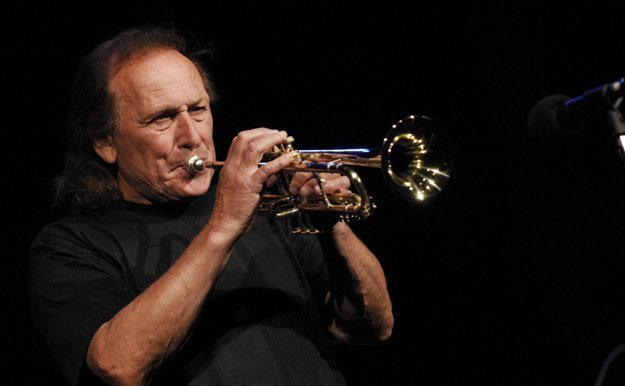 CONCERT: Nature Boys (USA), Prach- The concert of US rock band Nature Boys – which includes also girls, by the way – will be preceded by a gig of the local band Prach which plays “melancholic punk-rock”. This is a second concert of this Americna band (https://natureboyskc.bandcamp.com/). Starts: June 8, 20:00; Stanica Žilina-Záriečie, Závodská cesta 3. More info: www.stanica.sk.

OPERA: Antonín Dvořák – Rusalka – The famous opera, a lyric fairy tale, whose Czech libretto was written by Jaroslav Kvapil, based on the fairy tales of Karel Jaromír Erben and Božena Němcová, is staged by the State Opera as conducted by Marian Vach and directed by Hana Andělová Pletichová, costumes by Jana Kuttnerová, stage design by Jaroslav Milfajt, choreographic consultancy by Jiří Kyselák, with cast including Eva Horňáková as guest, Miroslav Dvorský, as guest, Oľga Hromadová, Ivan Zvarík, Jitka Sapara-Fischerová as guest, and others. Starts: June 8, 18:30; State Opera, Národná 11. Admission: €10, season tickets A, D. Tel: 048/2457-123 or www.stateopera.sk. 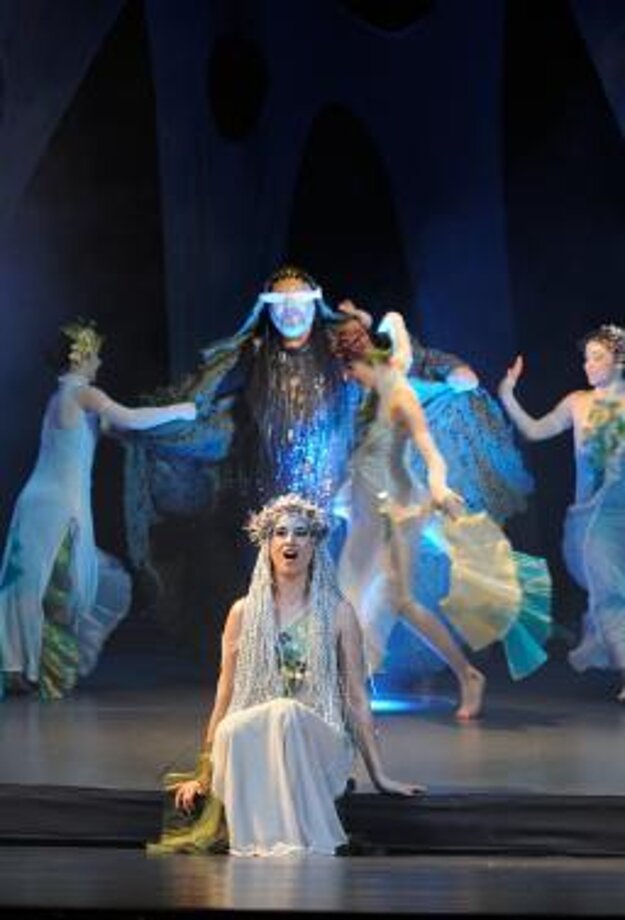 JAZZ FEST: One Day Jazz Fest – The popular jazz fest defies its name, as it has grown into a several-day event touring, apart form Bratislava, other cities around Slovakia. The New Faces of Jazz programme, offering the Ovsepian/Camarda/Valihora Trio. This grouping represents three schoolmates from the Berklee College of Music in Boston (Vardan Ovsepian, pianist & composer, born in Armenia and currently living in the USA; Daniele Camarda, double bass player from Sicily, Italy; and Bratislava native Martin Valihora on drums) who have embarked on a wider tour. Other stars of the evening in Žilina will be the Eric Harland Trio. The Ovsepian/Camarda/Valihora Trio will also play in Banská Štiavncia (June 17) and the GES Club Košice (June 18). Starts: June 16, 19:00; City Theatre, Horný Val 3. Admission: €18. Tickets: www.ticketportal.sk. More info: www.onedayjazz.sk. 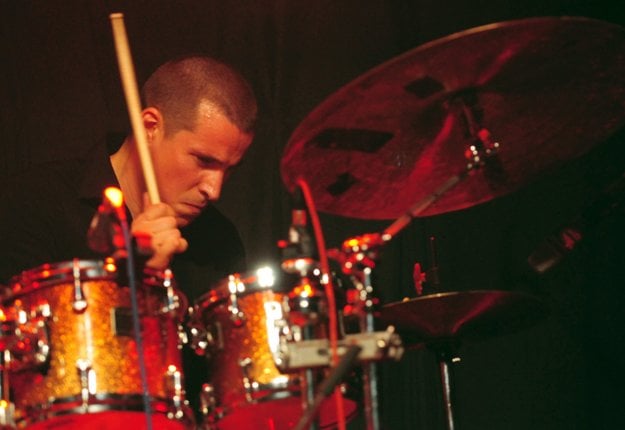 ART FESTIVAL: USE THE C!TY 2017 – The multi-genre festival annually strives to show art in unexpected location of the city and to look at its potential from a different angle than is usual. Apart from an open-air film screening and a theatre piece at Urban’s Tower on Thursday evening, the festival also offers over the next two days, music on the No 6 tram, games in the park, site-specific knitted graffiti, music in the streets, a concert in the Main Street, a cycling tour following the history of statues, a skate, graffiti, a b-boying workshop, a theatre on a rooftop, a fashion show and a performance on the lake surface, and exhibitions, community activities, discussions, wall painting, and the Cassovia Skating Cup (on June 9-10). Starts: June 1-3; various sites in Košice. Admission: free. More info: www.usethecity.sk. 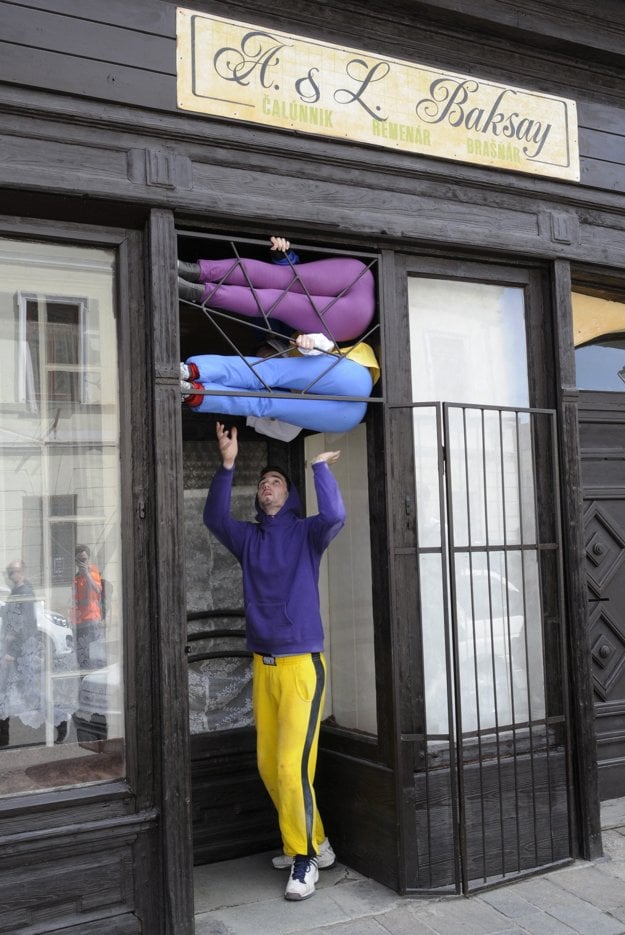 MUSICAL-DANCE SHOW: To Sme my / That’s Us – This musical-dance show represents a battle between schools of street dance, the Outbreak and Whos’That Kidz, with professionals – Credance dance group and Slovak funky band Funkiez with singer Barbora Švidraňová – as guests. Starts: June 3-4, 17:30; Kunsthalle / Hala umenia, Rumanova 1. Admission: Sat €8 in advance, €12 on the site; Sun €10 in advance, €15 on the site. More info: www.k13.sk/udalosti/to-sme-my-hudobno-tanecna-show.

TOURISM/HISTORICAL TRAIN: The Second Trip on the Train Following the UNESCO Sites – The second train ride following the UNESCO sites in Slovakia, called Krásy Krasu / The Beauties of Karst, will focus – unlike the first one, focusing on man-made monuments – on nature’s treasures in the country: the Gombasecká Cave, Silická Ľadnica, the ruin of the Paulaner monastery and the Gothic Church in Gombasek, and their vicinity. Starts: June 10, 8:00 (Košice)-16:30 (Slavec train station). Booking: rezervaciedzk@gmail.com. More info: www.detskazeleznica.sk. 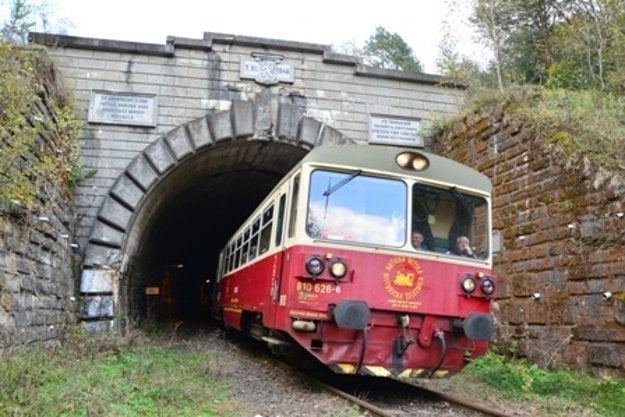