Anti-awards draw attention to the objectification and stereotyping of women to advertise products. 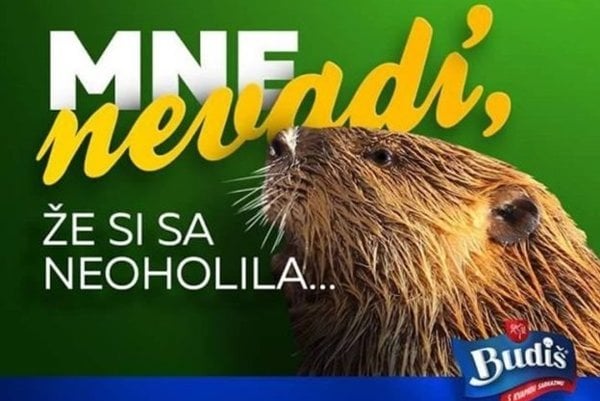 I do not care you have not shaved - says the beaver in a hint recalling his hairy character, in a Budiš ad. (Source: Sexistický kix)
Font size:A-|A+

The advertisement for the popular alcohol, Fernet, is one of the picks for the Sexist Blunder / Sexistický kix anti-prize for the most sexist advertising in Slovakia. In the ad, a man cries that even though men have learned how to iron and eat low-fat yoghurts, they are still men as long as they do not give up what they love – the bitter taste of Fernet. “I will not become weak!” the main character of the ad shouts.

The award goes to ads that are sexist and that spread gender stereotypes disparaging to women in Slovakia. The ethical code of the Council for Advertising bans ads like the one by Fernet, though some firms still inorporate overtly sexist or sexualized themes into their work.

This year's expert jury chose a tie of three winners: the larger companies of Fernet and Budiš and the application firm Letgo.

"I don’t understand how someone can think of such ad – and then have someone approve it,” Róbert Slovák, a juror with the Club of Advertising Agencies of Slovakia, said for the dennikn.sk website. He said most problems occur online, where smaller, specialised firms often dominate – but he said the client bears the ultimate responsibility.

Fernet's award was based on the ad's blatant stereotyping of traditional gender roles that associate household chores and healthy nutrition with feminimity, in contrast to the strength, harshness, and alcohol consumption associated with masculinity.

The second prize went to the Budiš mineral water for shooting a video incorporating pornographic terminology – and for doing so without any connection to the product being advertised. The ad also contained suggestive content concerning women's personal appearance. Peter Kačenka of the Wiktor Leo Burnett defended the ad. "Yes, it is a suggestion with a deeper tone – but in the world we live in, and in the world of young people, I feel there are many more and many stronger suggestions which are not handled by any jury in any anti-prize,” he explained to Denník N, adding that the ad was geared toward young people. The ad campaign was prepared with the Demotivacia.com website. A senior brand manager of the Slovenské pramene a žriedla (the producer of the Budiš mineral water), Vladimír Krescanko, praised the cooperation of the teams in creating the ad. 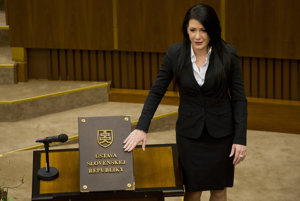 For the Letgo app, the Sexistický kix anti-award is already the second warning to the company that their ads contain sexist elemetns. In September 2016, the Council for Advertising decided that a Letgo ad in which a man takes a picture of his wife with the goal of selling her to another man could not be aired. Letgo cut the scene for its TV ad, but it is still included in the longer internet version of the ad.

This year, the network of pawn-shops Breva received the most votes for using photos of naked women to attract attention. Controversy with Breva's ads have already been addressed by the Trade Inspection, and the company has faced several fines.

The public can raise their complaints against unethical advertising to the Council for Advertising or to the Trade Inspection, though for an ad to be considered by the latter, it must also violate the law, Denník N wrote on June 2.