The 2017 Global Peace Index finds that the world has became more peaceful in the past year, although the entire decade has been less so. 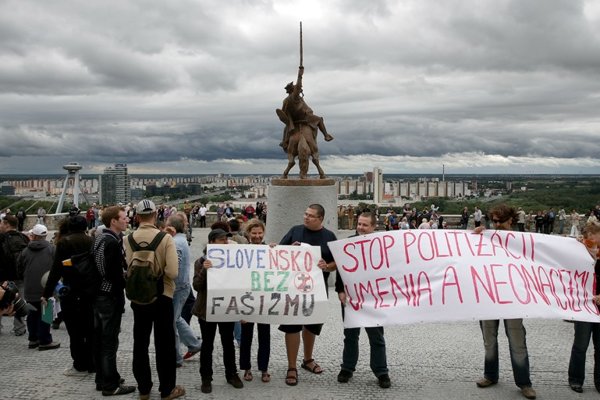 The 2017 GPI provides a comprehensive analysis of the state of world peace. It shows that amidst continuing social and political turmoil, the world continues to spend enormous resources creating violence, while devoting less to measures that encourage peace. The index says that the key to reversing the trend in peace is through Positive Peace – a holistic framework of the key attitudes, institutions and structures which lead to long-term peace.

The 2017 GPI finds that the world slightly improved in peace last year but has become overall less peaceful over the past decade. The GPI noted that the impact of violence on the economy is enormous, and the decline in Positive Peace can make countries susceptible to populist political movements. The GPI did point out that that there has been a decline in militarisation over the past three decades.

Most of the nations in the GPI became more peaceful over the last year: 93 countries improved while 68 countries declined, including Slovakia.

Slovakia has an overall score 1.611 GPI (of totally 5) and ranks 26 out of 163 countries. It scores 1.5 (out of 5) in militarisation,1.8 in the Society & Security category and 1.4 in Domestic & International Conflict. For Slovakia, the “national cost of violence has been calculated at 4,480,139,266 US dollars. Its neighbour rank almost all better: Austria is 4th totally, The Czech Republic 6th, Hungary 15th – but Poland ended up 33rd and Ukraine, with its civilian conflict, 154th ,” the GPI stated in its latest report.

The report also assesses recent political developments in Europe, finding that the increase in support for populist parties in the past decade corresponds with deteriorations in its Positive Peace criteria. While Europe’s overall score on Positive Peace improved from 2005 to 2015 by 0.3 per cent, this improvement is well behind the global average improvement of 1.6 per cent.

“Increased perceived levels of corruption within the political elite, rising inequality in wealth, deterioration in press freedoms and media concentration, along with diminishing acceptance of the rights of others are linked to many of the issues populist parties have successfully capitalised on,” the GPI wrote on its website. “This demonstrates how the negative trends in Positive Peace across Europe cannot be separated from the rise of populism across the continent.”

According to its website, the GPI is a statistical analysis conducted by the New York-based Institute for Economics and Peace.