The Slovak president, prime minister, and foreign ministry expressed grief to the UK and offered recommendations for Slovaks. 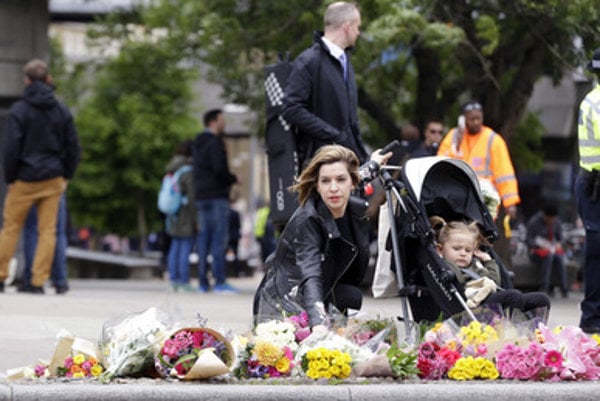 President Andrej Kiska has sent his condolences to British Queen Elizabeth II, calling the attacks heinous crimes. “Your Majesty, it is with great sadness that I received the news of the brutal terrorist attacks perpetrated against citizens of the United Kingdom in London,” Kiska wrote Kiska in a telegram, as cited by the TASR newswire. “Please accept, along with the families of the deceased, their loved ones and all the people of your country, my deep sympathies.” According to Kiska, Slovakia emphatically condemns these heinous crimes and will continue to stand by the United Kingdom and its allies in the fight against terrorism. He also posted an update on his social network page, writing that Slovaks share the grief of Londoners: “In the fight against terrorism, we’re all united and unafraid.”

The attacks in the centre of London left seven people dead and 48 hospitalised. According to police reports, three perpetrators drove a van onto the pavement of London Bridge, ploughing into a crowd of people. They continued to Borough Market, where they assaulted people with knives on the street and in bars and restaurants. Police shot and killed the three attackers.

Slovak Prime Minister Robert Fico has condemned the terrorist attacks, expressing his sympathies to the families of the victims. “Ensuring safety and security for people must be among the top priorities of European policies,” said Fico, adding that he has prepared for a factual dialogue with partners at the European level aimed an expanding security policies that could improve the defence of European cities against terror attacks.

Speaker of Parliament Andrej Danko expressed his condolences to the families of the victims and to the inhabitants of London. He voiced his hope that the latest in a series of deplorable terrorist attacks against innocent people will be duly punished.

Recommendations for Slovaks in post-attacks London

The Slovak Foreign and European Affairs Ministry reported on June 5 that it has not received any information indicating that Slovaks were harmed in the attacks. “The representative office in London is in touch with the British authorities and is ready to provide aid to Slovak nationals," ministry spokesperson Igor Skoček told the newswire.

“In these areas, movement is limited due to ongoing police investigation,” the ministry said. “It is also recommended to avoid places with a high concentration of people and to expect stricter security checks of your person and your luggage.” The Foreign Ministry also encourages Slovaks to utilise the voluntary registration service on the ministerial website before making a foreign trip.

Any Slovak citizens unable to contact their relatives in London may contact the non-stop diplomatic service on the 004212/5978-5978 phone number.