Blog: Euro “ruled” in May, British pound got under pressure, waiting for June elections

The markets witnessed the euro getting stronger, whereas the British pound got weaker. Also the American dollar joined the group of less fortuned currencies. 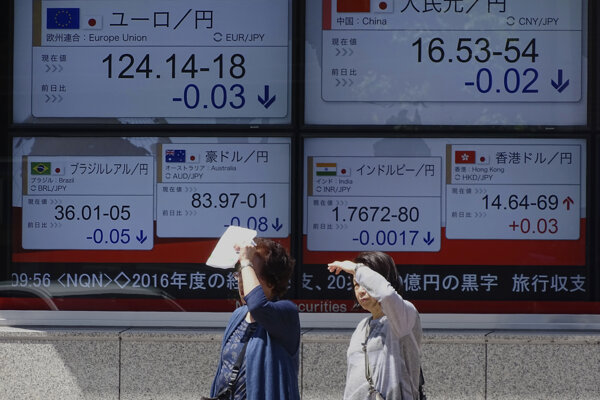 Based on statistics of World Currencies Reputation Project reported in May the markets witnessed the euro getting stronger, whereas the British pound got weaker. Also the American dollar joined the group of less fortuned currencies.

British pound held up pretty well the whole month of May and did not notice greater movements either upwards, or downwards. But the currency has been put under pressure following the latest opinion poll which showed declining support for the ruling Conservative party. The pound got to 1.29 exchange rate to euro. This declined has been bought up by the market pretty well, because the investors believe in Theresa May’s victory in the upcoming elections. In that case, the pound would certainly return to previous levels. But in the meantime a heavier attempt to break the 1.30 level is missing.

The euro had been pushed up dominantly by positive sentiment following the French presidential elections. Moreover, economic data of the eurozone came up very positive during last weeks and it seems the European economy got some growth momentum. The market started to include in the exchange rate the expected interest rate increase and planned end of quantitative easing. Breaking the psychological 1.10 exchange rate certainly helped the development. If the euro makes it to stay longer over 1.11, it has good chances to move towards 1.13 level.

USD weakened against yen and euro. The market will start to focus on ECB, as the Fed is expected to raise interest rate only twice throughout 2017 (if it does not decide to rethink) and this move is already included in the USD rate. Besides, economic data from the US slowed down during last weeks, what certainly “helped” to weaken the USD.

USD/JPY pair jumped from 111.00 in the beginning of May to 114.00 in the middle of the month. But it did not take long and a quick drop followed. This development has been caused by Donald Trump’s chaotic actions and recalling FBI head Comey from his office. The markets start to sell the USD, as their start to distrust the American president. USD/JPY pair fell in only one day from 113.00 to 111.00.

Canadian dollar is also one the winners of the development and moved to 1.35 (USD). But the long-term trend is not in favour of CAD. Its value strongly depends on the price of crude oil and as long as the price stays under USD 50, CAD might slowly turn to lose on value.