New Lamborghini will have a Slovak-made body

The luxurious SUV model is expected to appear on the market in the second half of 2018.

The new Lamborghini Urus luxury cars will be assembled in Italy but made almost entirely of Slovak parts.

The Sme daily reported that Volkwagen, which owns the Italian carmaker, had originally planned to produce the whole vehicle in Slovakia but shifted its production to Italy to take advantage of the country’s tax reliefs.

The body and wheels of the new SUV model will be produced by the Bratislava-based carmaker Volkswagen Slovakia, which already produces bodywork for the Audi Q7, Porsche Cayenne and Bentley Bentayga. 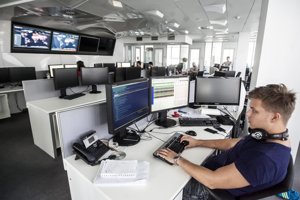 The seats of the car will also be produced in Slovakia Lozorno (Bratislava Region) plant of the French company Faurecia.

The Lamborghini Urus is expected to appear on the market in the second half of 2018, Sme reported.

The carmaker plans to produce around 3,500 vehicles in two models: a four-litre, eight cylinder engine with 650 horsepower and a hybrid engine.