One more reason not to smoke

Smoking caused 7 million deaths last year. That means cigarettes kill people at a rate about twice as fast as the First World War. 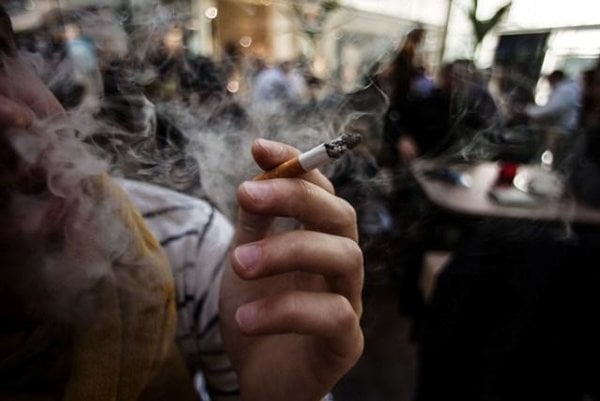 The Czech Republic just banned smoking in bars and restaurants, and as a non-smoker – unless I have had two beers and you happen to have some cigarettes by chance? – I tend to think that a good thing. No more smelly clothes if I stop at the hospoda, and the act of having to go outside means even smokers smoke less.

There are a few holdouts in Europe where smoking is still partially allowed, including Slovakia and Austria, but the more you look at the statistics it is amazing that smoking is still legal at all. Sure they look cool – Albert Camus, James Dean or Che Guevara would never be the same without tobacco – but smoking caused 7 million deaths last year, according to the World Health Organization. That means cigarettes kill people at a rate about twice as fast as the First World War.

Worse yet, smoking causes the greatest harm to the poor. About 80 percent of the world’s 1 billion smokers live in the developing world. In rich countries, the poor and less educated are most affected as they comprise a disproportionate share of smokers. In the United States, a person with less than a high school education is three times more likely to smoke than a person who went to university. One notable British study found the correlation between smoking and poverty so strong that it concluded that it is possible to “study social disadvantage itself through variation in smoking preference”.

While people who really want to smoke will smoke, and have the right to harm their own health, personal rights end when they start to impede on the rights of others. Not only did second hand smoke kill 890,000 people last year according to the WHO, but non smokers pay – in the form of health insurance – for the health problems incurred by smokers. One study in the United States found that 8.7 percent of all health care spending ($170 billion per year) is dedicated to illnesses caused by tobacco smoke.

Tobacco companies know all these facts and still do whatever they can to prevent restrictions on smoking. Last year one public relations firm offered me a five day trip to the Dominican Republic – the bill was meant to be paid by tobacco companies and the Dominican government (I didn’t go). With indoor smoking bans now normal, cigarette companies are attempting to stop as many countries as possible from switching to plain packaging, which bans logos on cigarette packs.

This tobacco company wanted to convince me, and other journalists, that declining sales would hurt small local farmers – even as they were prepared to spend the equivalent of a yearly salary for that farmer on my trip. Opposing companies that operate so cynically as that may be good enough reason for a smoking ban on its own.