For foreigners, drama is a less accessible genre and thus the Eurokontext theatre festival, which brings a selection of Slovak and foreign productions with English subtitles to Bratislava every second year, represents a unique chance to gain insight. 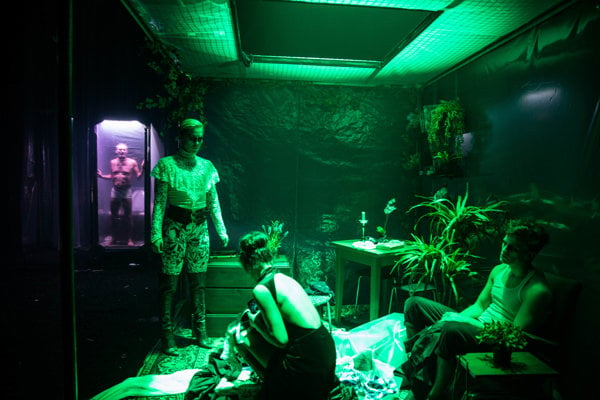 (Every odd year, drama is on the programme of the festival while every even-numbered year, opera and dance are the core genres.)

“Civilisation threatened by civilisation” is the leitmotif of the 2017 edition, the dramaturge of the festival Miriam Kičiňová said, adding that it is not always a threat coming as outside force but also the illusionary threats and fears caused from inside, like the extremism in Slovakia.

“Since the dramatic part of the festival took place in 2015 – which had the (Berlin) Wall and its breaking as leitmotif, it seems that Europe has seen new walls and fences arise, animosity appear, and the leitmotif this time around is “Civilisation Threatens Civilisation,” Kičiňová told The Slovak Spectator, adding that the feeling of being threatened is caused also from inside, by domestic problems of the due country – e.g. the issue of extremism in Slovakia. “This has become the key in selecting the productions,” she said and also explained that the host theatre, Slovak National Theatre (SND) addressed mainly peer, i.e. national or bigger theatres with more ensembles. Kičiňová also pointed out that some of the plays are new unknown for wider public, while others represent innovative remake of classical, well-known pieces by famous directors who through them gained Europe-wide reputation. Some plays will have their Slovak premiere, she added.

Central-European theatre, and some treats on offer

Between June 10 and 20, there will be 16 pieces offered to audiences, of them nine are produced by the host theatre, the Slovak National Theatre, while seven are guest performances by national theatres, from Ostrava (the Czech Republic) Budapest (Hungary) Krakow (Poland) Bucharest (Romania) Ljubljana (Slovenia) Mannheim (Germany) and the Icelandic Vesturport Theatre troupe. There are mostly new, modern plays, but also some classics remade in a more contemporary spirit.

The plays on offer are varied, too, as are the authors and directors. From Ingmar Bergmann through Roland Schimmelpfenig, to Denis Arcand, and Marius von Mayenburg; from Henrik Ibsen through to the dramatisation of the Slovak hit novel, Rivers of Babylon, to Willian Shakespeare, the staging’s offer tragedies, intimate poetic statements, avant-garde absurd drama, comedy, as well as a one-woman show. 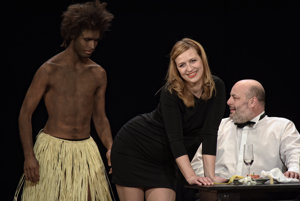 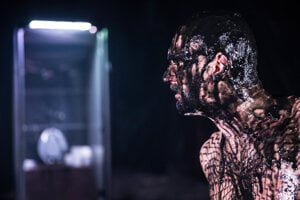 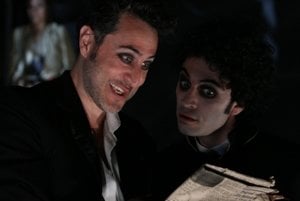 Several of the SND productions have been written specifically for this stage and there will be several guest directors: from the Czech Republic (David Jařab), Slovenia (Diego de Brea), Bosnia-Herzegovina (Dino Mustafič), and Germany (Tilmann Köhler).

Head of the SND drama section, Roman Polák, noted that the Ubu the King by Slovenian Theatre will have, as the only piece, live interpreting, as there are some part improvised that cannot have subtitles.

Whom is Eurokontext aimed at

Eurokontext does not aim at being an avant-garde festival for just a few connoisseurs, Polák defined, adding that it is rather meant for theatre-goers who also visit some more demanding Slovak pieces and now are able to compare the SND with foreign productions.

There will be accompanying events, too – master-classes by directors, workshops, photo-exhibition and more – which are either in English or translated.

Tickets for the festival performances – which all have Slovak as well as English subtitles – and more detailed information can be obtained via the festival website.

“The plays on offer prove that theatre is still a free medium able to talk about all threats – be it the influence of politics or media on individuals, environmental disasters that threaten us; or a clash with a different culture or religious disputes,” Kičiňová summed up. “This all has been concentrated in one week and one place; mostly in the foreign productions, but also in ours which interpret the most topical fears and issues.”