From south-east Asia, the species belongs to the European saving programme. 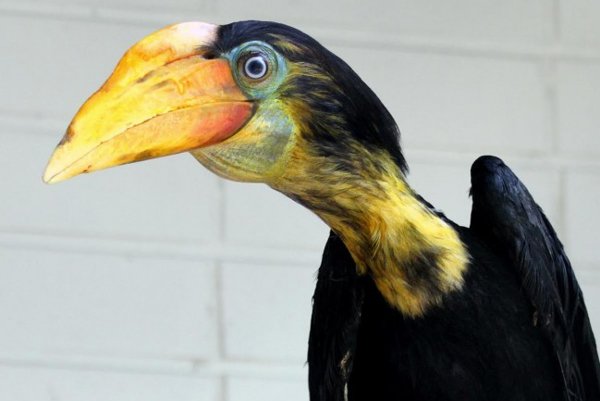 Bojnice Zoo has a new inhabitant - a female wrinkled hornbill. This bird will be the first of its species to be bred in Slovakia.

“The female wrinkled hornbill already feels accustomed to the pavilion of birds. We brought her here from the Ústí nad Labem Zoo in the Czech Republic,“ said zoo spokesperson Simona Kubičková, as quoted by the TASR newswire.

This extremely precious species of bird belongs to the European saving programme of European zoos.

“In nature it lives in the rainforest of south-east Asia, in Thailand, on the Malaysian peninsula and on the islands of Sumatra and Borneo,” Kubičková added for TASR.

The wrinkled hornbill is a medium-sized species with a height of about 70 centimetres. Its most favourite food is fruit, particularly berries.

“In all of Europe, the wrinkled hornbill is bred in only about 20 zoos. We hope that we can find the right male for this young female soon,” summed up Kubičková for TASR.