The project involving Košice-based company Minebea Slovakia, for which the government approved investment aid of €20 million, will help to reduce unemployment in eastern Slovakia. 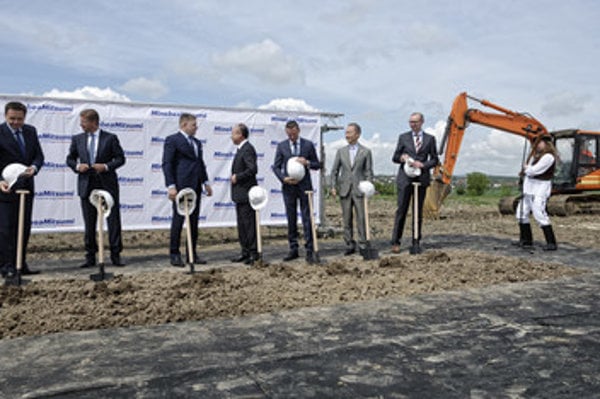 The construction of Minebea Slovkaia plant was launched in May 2017. (Source: SITA)
Font size:A-|A+

“I'd like to note that it's not an assembly workshop,” Economy Minister Peter Žiga said after the cabinet session at which the aid was approved, on June 7. “The structure of employees includes 150 people with university education, as well as around 800 people with full secondary education. These figures speak for themselves.” 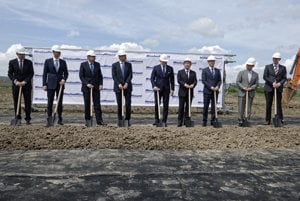 Minebea Slovakia is applying for state investment aid worth almost €20 million with an eye towards building a new factory and creating 1,100 new jobs in Košice, according to the approved investment plan.

“The implementation of the investment plan with nominal costs of €60 million is spread over the period 2017-22,” the document released by the Economy Ministry reads. “The investment plan is directly connected with the creation of 1,100 new jobs by 2022.”

The Minebea subsidy is meant for assets

The Košice company is applying for investment aid of €19.25 million in the form of a subsidy to acquire tangible and intangible assets. The new factory will launch the production of mechatronic propulsion systems, with the project also featuring the construction of an R&D centre.

Minebea Slovakia was included on the Slovak Business Register in November 2016. Owned by a Japanese company, Minebea Mitsumi Inc., it specialises in the production of general-purpose machines and equipment, electric devices and electronic components. It also has a plant in Bratislava, opened in 2004, that assembles electric engines for the automotive industry and other branches, the Sme daily wrote.