Ex-mayor gets prison sentence for attempting to kill his wife

After a failed attempt to pronounce him mentally ill and not responsible for his attack, a former mayor gets 20 years. The verdict is not in effect yet. 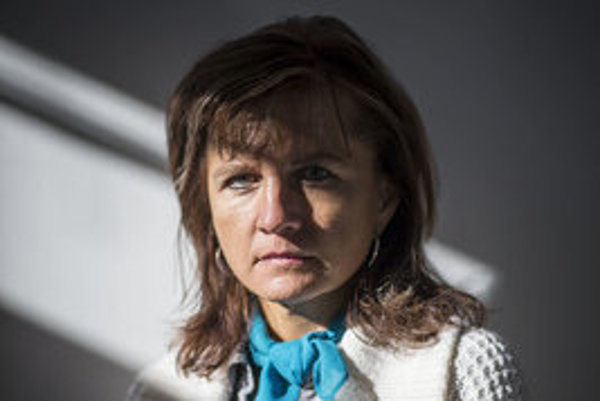 In March 2014, the mayor of the village of Višňové, Jaroslav Bača (of the ruling Smer party) shot his wife several times, it was a clear cut case.

However, the prosecution was stopped after a year of investigation and Bača was released based on questionable expertise, according to which he was not criminally responsible for his deed on account of a mental disorder. Two forensic experts from Bánovce nad Bebravou, Juraj Lexmann and Svetozár Droba, wrote that Bača was not criminally responsible due to an organic delusionary disorder which considerably impacted his recognitive ability and control, the Sme daily wrote. After this finding, Bača was placed on the psychiatric ward in Veľké Zálužie. After Sme broke the story and other media followed suit, the General Prosecutor's Office decided to abolish the decision to halt the prosecution and ordered new expert findings.

The new experts from the Pezinok mental clinic were not able to confirm the delusionary disorder and were of the opinion that there was no mental disorder at the time of the crime that could negatively impact on his ability to recognise the danger of his own acts, while also noting that only the effect of alcohol consumed influenced his later acts. They also found no reason for protective treatment and Bača was released from the Veľké Zálužie hospital soon afterwards, as there was no legal reason for renewed custody. His ex-wife asked for a second opinion when Bača was still in pre-trial custody, finding the original one biased and fearing for her life. The Prosecutor's Office in Trenčín denied this. Now Bača remains at large, she again feels her life is threatened.

In March 2014, Bača had a quarrel with his then-wife at a family feast, accusing her of flirting with a member of the band. After they returned home, he shot her two times in the chest while also injuring her leg and arm. The wife, Janka Vrbová, survived only because she was able to call the rescue team.

Initially, the prosecution was to be halted and he should have been sent to a mental institution. Then, Sme published the story and the case went before the court. On June 6, the Trenčín District Court sentenced him to 20 years in prison for the attempted murder of his wife. "The defendant commited acts which were directly aimed at committing the crime of killing another person deliberately,“ the Trenčín District Court judge, Eva Tóthová said, as quoted by Sme. She added that, Bača attempted an especially grave crime. He was sentenced to be incarcerated in a maximum level prison and also to after-care surveillance for two years.

The ex-mayor also has to pay damage compensation of more than €34,000 to his wife. Janka Vrbová was satisfied with the verdict but she still fears for her life.

Lawyer Jozef Šimko asked for the session to take place without the presence of the defendant, and this was approved. In his final plea, Šimko asked the court to acquit Bača, insisting he suffered from mental illness at the time of the crime, and thus was unable to realise how dangerous his behaviour was. The lawyer appealed the court decision but refused to comment on the verdict. Now, the Trenčín Regional Court will deal with the case. Despite the grave charge, Bača remains at large.