Had a general election been held in late May or early June, the ruling Smer party would have won – and received 44 seats in parliament. 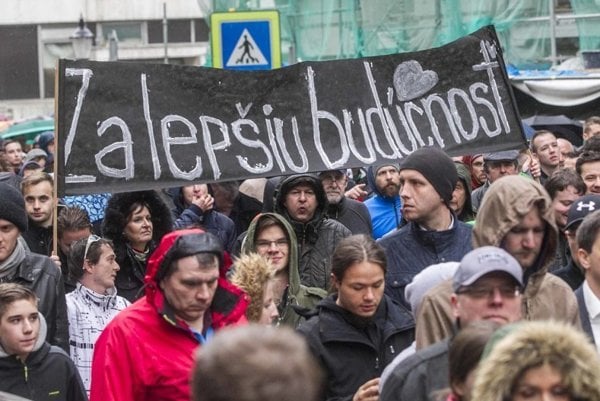 Smer received the support of 26.2 percent of Slovak citizens, the TASR newswire wrote, citing a June 8 poll by the Focus agency. The poll had 1,012 respondents between May 31 and June 4.

Next came the Freedom and Solidarity (SaS) party with 13.4 percent, or 22 seats in the parliament. The far-right ĽSNS party came ín third with 10.9 percent of votes and 18 seats.

Had a general election been held in late May or early June, the ruling Smer party would have won – and received 44 seats in parliament.

With 10.2 percent of votes (17 seats), the coalition partner, the Slovak National Party (SNS) finished fourth in the survey. Next came the opposition OĽaNO-NOVA party with 9.6 percent (16 seats). The opposition Sme Rodina (We Are Family) and coalition Most-Híd would have each had 12, earning 7.4 percent and 6.9 percent of voters, respectively.

Non-parliamentary Christian Democratic Movement (KDH) would have been the last party to clear the 5-percent threshold, necessary to win seats in the House. It would have received 9 seats, with 5.7 percent of votes.

With support from 4 percent of voters, the ethnic-Hungarian SMK party would have been left out of parliament again.

The first big anti-corruption protest did not affect Smer, the Sme daily commented on the results of the poll.

However, support for ĽSNS seems to be growing, with the extremist party garnering almost one percentage point more support compared to a similar poll in April, Sme wrote.