The 300th anniversary of famous Austro-Hungarian empress, Maria Theresa, is celebrated throughout 2017, with most of the events taking place in June. 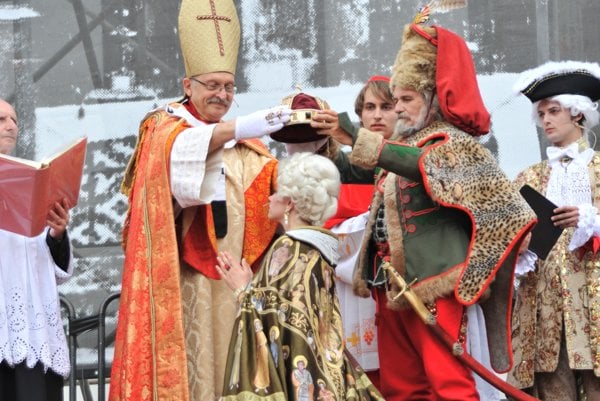 The city of Bratislava has joined Hungary and Austria in organising a week of events from June 10 to 17 commemorating the anniversary of the 1741 coronation of the empress. The event took place in Bratislava, which was called Pressburg-Pozsony-Prešporok at the time.

The event called Coronation Tour will feature daily guided tours focusing on the history of coronations. English, German and Hungarian tours will start at 15:00 from the Tourist Information Centre in Primaciálne (Primate’s) Sqaure in the centre of Bratislava. 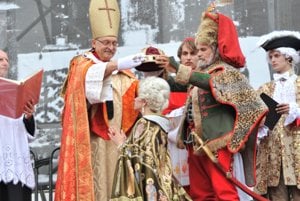 Read also:Maria Theresa will be crowned in Bratislava once again Read more

Other daily events and workshops will allow visitors to become a part of the historical tradition.

A new interactive photo-point on the Michael’s Tower, open from 14:00, will allow visitors to take photographs and videos of themselves in period costumes, complete with coronation insignia.

A memorial service commemorating Maria Theresa will also be held each day in St Martin’s Cathedral.

Children will also be able to take part in their own workshops, educational events, costume rehearsals, and interactive programmes.

On June 12, an exhibition on the empress will open in the Tourist Information Centre in Primaciálne Square and will run until end of August.

On June 13, the Archives at Markova 1 will open its doors at 9:00, and on June 14, children from the local primary school of Mother Alexia will give a Coronation Concert for Maria Theresa in their Notre Dame hall, beginning at 17:30. At 19:00, the Five Seasons concert will take place at Zichy Palace in Ventúrska.

On June 15, the Fringia troupe will give a performance of dance, music, and material culture at 16:00 at the Bratislava Castle. 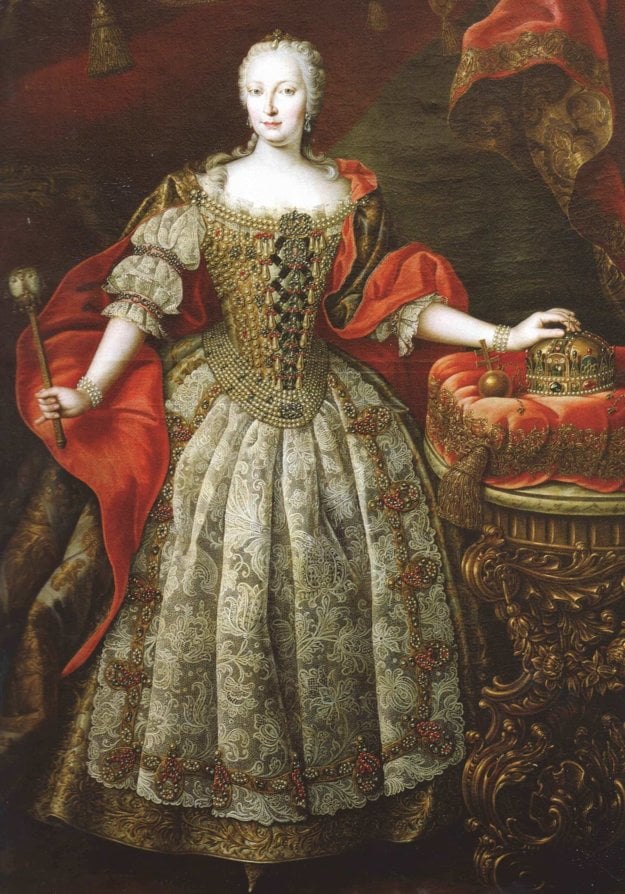 A holy mass on the 300th anniversary of Maria Theresa will take place on June 16 at 18:00 in the St Martin’s Cathedral.

On June 17, there will be workshops in the courtyard of the Old Town Hall at 11:00, followed by an interactive tour of the Old Town Hall and the Apponyi Palace at 14:00. The Parade of Two Kings, beginning at 16:00 at the Bratislava Castle, will finish at the Main Square. A knights’ tournament and the ensuing crowning of the winner by Maria Theresa will take place at 18:00 in the Tyršovo Embankment at the Danube river.

A rival in coronation ceremonies

Separate from the Maria Theresa anniversary week is another Bratislava coronation event: the Coronation Celebration Festival. This annual festival re-enacts the coronation of a different Hungarian king or queen believed to have been crowned in Prešporok-Pressbrug-Pozsony.

This year the “mother of Maria Theresa, Elizabeth Christine”, will be crowned on June 24 at 13:30 in the Jesuit Church, with events connecting to the event taking place throughout the weekend. 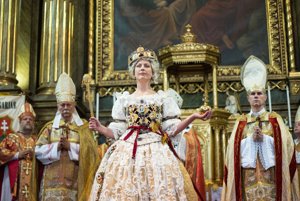 The organiser of the annual Coronation Celebration Festival in Bratislava, Miroslav Vetrík, told the TASR newswire that he plans to sue the Bratislava Old-Town council, accusing the borough of the capital of stealing the idea which he has been implementing for 14 years. He said that the council first dismissed his request to use the public space during a June weekend but then gave him both the license and a subsidy.

However, the council still uses his logo and title of the event for its own festival, Vetrík claims. He said that that he had wanted to resolve the dispute with the council on his own but is now turning to a law firm for help. The firm claims that Vetrík and his civic association possess the documents to have the exclusive right to organise the Coronation Celebration Festival in Bratislava.

The city council argues that the 300th anniversary prompted them to create their own concept of the ceremony, which will involve several cultural institutions and civic associations.