General prosecutor may look into case against controversial businessman

Both the controversial hotel transfers and the investigator’s contradictory remarks have drawn attention. 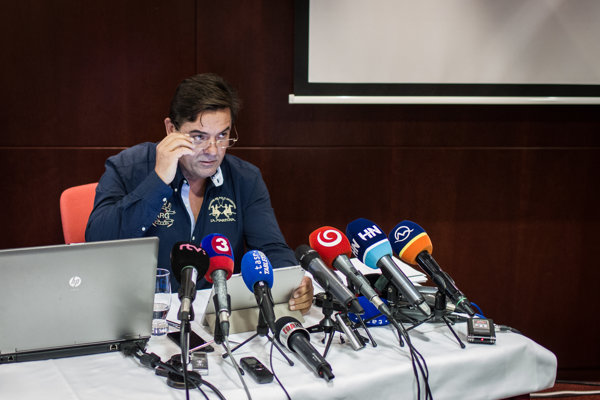 The National Criminal Agency (NAKA) has refused to bring charges for VAT frauds against controversial businessman Marián Kočner. The agency said that they have not confirmed suspicions that Kočner, who has appeared on the so-called mafia lists, had asked for VAT refunds for fictive transfers of the hotels in Donovaly (Banská Bystrica).

Police Corps President Tibor Gašpar, however, said at a June 13 press conference that he will ask General Prosecutor Jaromír Čižnár to verify the actions of the investigator, the Sme daily reported.

Investigator Štefan Jombík claimed in the resolution halting the prosecution that he had not confirmed either property or personnel links between Kočner and the companies with which he had been trading. The transfers of hotels Šport and Residence with the International Investment Hotel Holding and European Development Company firms took place from 2010 to 2012.

Kočner later claimed excessive VAT refunds amounting to €8 million, despite suspicions that he was controlling the hotels even after the transfers, Sme reported.

Read also: Three cases that could be reopened after the "Slovak Watergate" Read more

NAKA dismissed the motion to launch a criminal prosecution in August 2016, and the entire investigation was dropped in February 2017, with investigators claiming that “the deed was not a crime”.

Jombík’s report stipulates that at the time of the transaction, International Investment Hotel Holding was led by Christian Ellul of Malta, who later married Kočner’s daughter Karolína. Kočner became the second director of the company in November 2013, Sme wrote.

The authorised representative of the second company, which no longer exists, was Jana Šlachtová, who gained attention during another scandal connected to Kočner, this one involving the transfer of the residential complex Glance House in Bernolákovo (Bratislava Region).

Jombík said in the resolution that Kočner became linked to the Glance House case later, in May 2012.

“This means that there was no personnel or property connection between Kočner and Šlachtová when the Šport Hotel and Residence were sold,” Jombík said, as quoted by Sme.

Jombík also led the investigation of the Glance House case, during which Kočner and Šlachtová said in 2010 that that they knew each other, Sme reported.

Read also: Kočner is behind charges against Lipšic Read more

The Interior Ministry’s inspectorate, which deals with suspicions of criminal activity among police officers, has refused to investigate Jombík’s actions.

“The supervision of the legitimacy of the investigator’s actions is carried out by the prosecutor’s office,” Interior Ministry spokesperson Andrea Dobiášová told Sme, adding that the office should be the ones to address any complaints.

The Special Prosecutor’s Office issued a statement that they have not found problems with the investigator’s actions, though the statement does not mention the discrepancies in Jombík’s remarks.