People should avoid using water and eating vegetables in several districts of Bratislava. 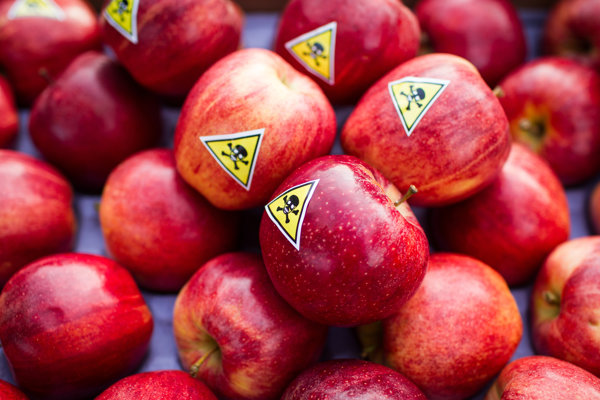 Bratislava’s boroughs of Vrakuňa, Ružinov and Podunajské Biskupice have recently issued warnings to their inhabitants to not drink or bathe in water from their wells and to avoid eating any leaf and root vegetables from the area.

The step follows the publication of an Environment Ministry report that analysed the impact of the toxic chemical waste dump in Vrakuňa. The report shows that the area around the dump is polluted with pesticides, fungicides and other dangerous chemical substances, the Denník N daily reported.

The affected region is situated south-east of the Bratislava bypass. The toxins leak from the old waste dump Dimitrovka, extending in a radius of approximately 10 kilometres.

“Parts of the city boroughs of Vrakuňa, Podunajské Biskupice and Ružinov are stricken with contamination,” reads the Environment Ministry’s report, as quoted by Denník N.

Though the nearby villages of Rovinka, Dunajská Lužná, Most pri Bratislave and Miloslavov have not yet been affected, they are situated in the direction in which the contamination may continue to spread, the ministry said.

Experts warn that the contaminated waters may reach the territory of these villages within 20 years if nothing is done, the daily reported.

Problem is not new

The respective authorities had known about the problems for years, making their first measurements in the 1990s. Already in 2002 they recommended that the inhabitants of Vrakuňa not drink or use water from their wells.

The Environment Ministry, however, defends its current actions, saying it was “the first institution that started solving this problem”, as reported by Denník N.

“The problem of pollution concerns only Vrakuňa and a part of Podunajské Biskupice,” former environment minister Peter Žiga (who now works as the economy minister) said in 2015. It is clear now that the problem is even bigger.

Žiga had promised to adopt concrete measures to address the pollution in early 2016, but the Environment Ministry was officially assigned to the task in late 2016.

The ministry introduced a project to contain the contamination and asked an independent expert to evaluate it. The ministry also launched a public procurement in April 2017, proposing to build a barrier to isolate the content of the waste dump. The barrier would be two kilometres long, 22 metres high and 80 centimetres wide, with an expected cost around €30 million, Denník N wrote.

Work on the waste dump is expected to start next year, according to Environment Ministry spokesperson Tomáš Ferenčák.

Alena Trančíková, head of the supervisory board of Bratislavská Vodárenská Spoločnosť, objects to the current solution for the waste dump. She had warned about toxins in the underground water two years ago.

“To make the capsulation work, it would be necessary to close it from all sides,” Trančíková told Denník N, explaining that the ministry does not mention the containment of the waste dump from the bottom and that nobody can ensure that the subsoil is impenetrable.

Trančíková also said that about one-third of the waste dump will not be closed from the upper side and criticises the plan for not mentioning how the chemicals will be decontaminated, Denník N wrote.