Volkswagen staff to launch strike as of June 20

The failure of 11 rounds of talks with the management concerning a new collective agreement caused the VW SK employees to announce the starting date of the strike.

The staff at Volkswagen Slovakia’s plant in Bratislava will enter into a full-fledged strike as of June 20 at 0600, Volkswagen Modern Trade Union (MOV) leader Zoroslav Smolinský told the TASR newswire on June 14.

“This situation isn’t good, we’re not at all pleased by it, because we were inclined to negotiate during the 11 rounds and we’re still willing to negotiate but the employer wouldn’t consider our demands,” Smolinský said. “Instead of looking for ways to find an agreement, the employer more or less sought ways to avoid reaching an agreement.” 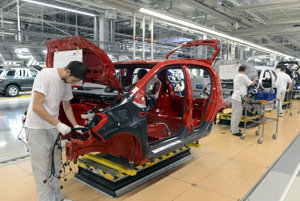 The strike, which he said will involve a halt in the plant’s production, will be held in line with the law.

Smolinský also called the strike an “historical event”, as it is the first time the plant will experience one. As many as 80 percent of the employees are expected to join.

MOV has 12 demands going into the strike, the main one being a 16-percent increase in salaries but they also include a requirement for the merger of the holiday bonus with the Christmas one, a proposal to increase the budget for personal evaluation, the wage surcharge for working shifts and the basic length of holiday, as well as prolonged paid breaks, TASR reported. The trade union says the salary hike is possible thanks to the plant’s financial results, which are better than ever, as well as the high quality of the labour force at the plant. 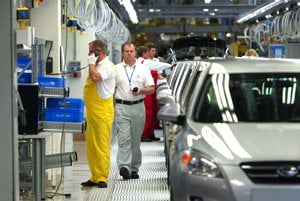