From defending against the Ottoman Empire to collecting all the nuns during communism, find out more about the “Pearl of the Pohronie Region”. 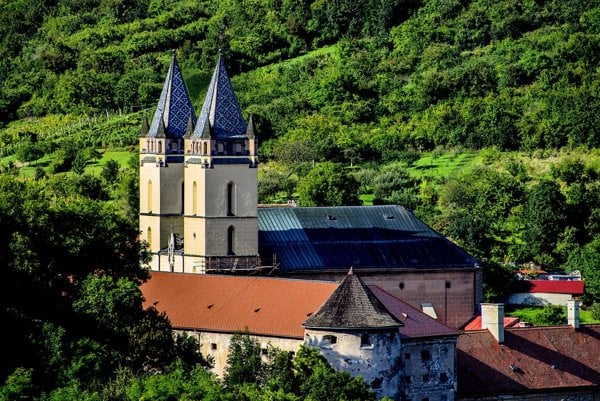 The church and the adjacent Benedictine monastery, collectively known as the Perla Pohronia (Pearl of the Pohronie region), were built on a strategic site originally called Slovenská Brána (Slovak Gate), an important trading crossroads.

It is believed that a monastery already existed here in 1075, when the founding deed from that year contained a list of ownership rights for an existing

monastery. Over the years, the property of the monastery grew and it came to serve as an official place where people could certify deeds, deposit valuables, publish books, and resolve property disputes.

When the Ottoman Empire invaded the region in the 16th century, however, the order was dissolved and the monastery was turned into a military fortress to withstand Ottoman raids. This was not the last unusual function that the complex served: in 1950 the communists herded all of Slovakia's nuns into this monastery to crush monasteries and control religious activities. The whole complex is of high historical and architectural value, and its three-nave church is considered to be one of the most remarkable gothic structures in Slovakia. 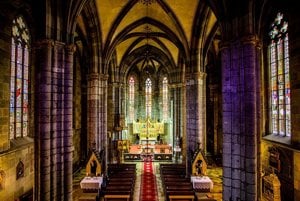 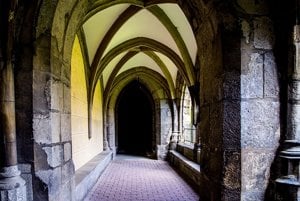 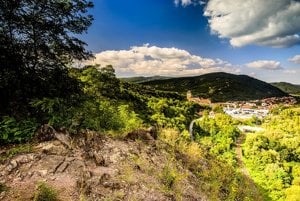 It was built between 1346-1375, and its architecture shows that those who designed and built it were well acquainted with the works of the Parler workshop in Nuremberg and Prague, as well as the workshop responsible for the Cathedral of St Stephan in Vienna.

Apart from precious wall paintings, carved wooden altars and excellent masonry, the church holds a precious relic of Christ’s Blood – a piece of the veil of Veronica, the scarf with which St. Veronica is said to have wiped the face of Jesus.

King Matthias Corvinus, who gave this relic to the church on the occasion of its consecration, probably received it from Pope Paul II as a thank you gift for his involvement in battles against the Ottoman Empire.

In addition to the monastery, the town contains other churches of interest, as well as the Plague Chapel of Holy Blood. Also noteworthy is a memorial to victims of World War I and the statuary of St. Anna and St. Benedict.

Watch a video about Benedictine monastery, which was prepared as a part of project Cultural Heritage to promote renewal and preservation of cultural and historical heritage in Slovakia, through the EEA and Norwegian Funds.