This is the first confirmed case of the red-footed falcons returning to Slovakia. 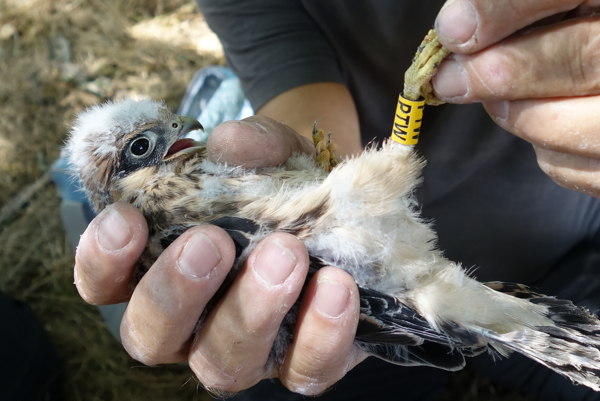 A record number of critically endangered red-footed falcons nested in Slovakia last year – five pairs. They raised 19 baby falcons, 16 of which had radio rings put on their legs. Thanks to that, ornithologists confirmed that two females returned to the original locality and that this is the first case confirmed by tracking of young returning in Slovakia. The two female birds were given names - Monika and Majka.

Ornithologists consider this situation unique because of the high mortality of baby falcons. During the first year of their life, 70 to 80 percent of falcon babies die, according to statistics.

“Reasons are various – natural predators, lack of food, exhaustion during migration,” explained Roman Slobodník from Raptor Protection of Slovakia for the reason for the high mortality rate.

Both females will probably help the nesting pairs, as is typical for this species. Red-footed falcons live in colonies, created by nesting pairs and “helpers”. After an exhausting return from Africa (about 20,000 kilometres), they divide into couples. The females sit on the eggs and males bring them food for about a month. 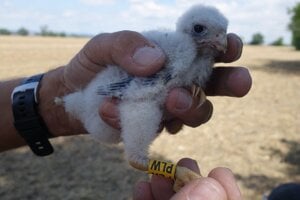 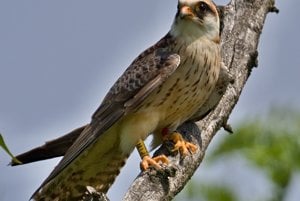 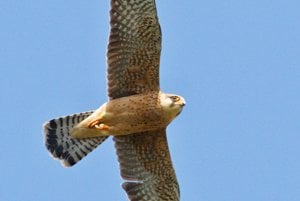 After a baby falcon hatches, only the parents feed it but the helpers protect the nests. Later, the helpers also help feed the young. This kind of help is not typical only for falcons but also for kingfishers and roller birds, Jozef Chavko from Raptor Protection of Slovakia stated.