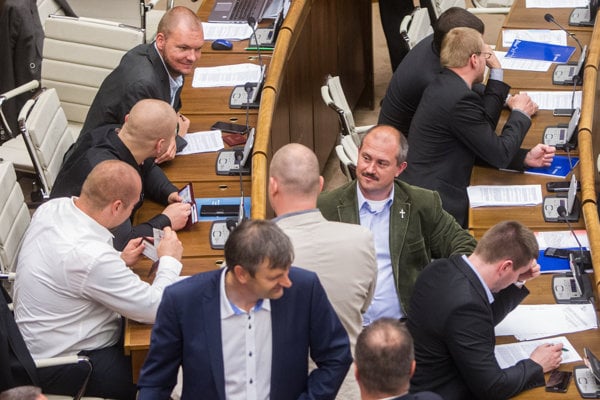 Whether it be the early decisions by US President Donald Trump, the centralization of power in Turkey under Recep Tayyip Erdogan, the recent crackdown on – mostly young – protesters in Russia, or the arrival of Marian Kotleba in the Slovak parliament, there are plenty of signs that liberal democratic norms are under pressure.

The sense of crisis is felt in established democracies, developing democracies and even authoritarian regimes feel like like they are becoming more authoritarian. The alarm is such that there is a renewed desire to clearly articulate just what democracy means in the 21st century, an exercise that might have felt unnecessary just a few years ago. Two recent, interesting such efforts have roots in this region.

One such effort, June 1’s Declaration of Commitment to Liberty and Prosperity in Central and Eastern Europe, was organized by the Center for International Private Enterprise (CIPE) a think tank funded by the US government with the text coming from leaders of NGOs and think tanks throughout the CEE region – including Slovakia’s INEKO and the Pontis Foundation (Full disclosure: I also helped writing some of the language). Meanwhile in Prague, the Forum 2000 Foundation drew on a wide array of global thinkers to create May 26’s Prague Appeal for Democratic renewal.

As the Forum 2000 document notes, the latest edition of the Freedom in the World report produced by the American NGO Freedom House saw “established democracies dominate the list of countries suffering setbacks in freedom.” In other words, democracy is threatened by complacency, even in places where democracy was once thought the healthiest. In much of the West, there is no memory of a time where things were not democratic. That is not the case in Slovakia, but even still those memories are growing hazy, with younger generations only knowing life during democratic times and some (not all) of those who lived under communism preferring nostalgia to empiricism.

This means that today democratic ideals – freedom of expression, political pluralism, fair elections and checks on government power, among others – are often most strongly supported in places where they are weakest in practice. “Although democracy is often considered a Western idea, its most fervent defenders today are people in non-Western societies who continue to fight for democratic freedoms against daunting odds,” Forum 2000 notes.

It is hard to disagree with the observations in either document, and while their very existence shows specialists, experts and professional thinkers are paying close attention to the health of democracy the question remains – and it is the crucial one in a system where elections dictate the political course – whether the wider public might do the same. The drafters of the CIPE document assert to “to encourage more inclusive engagement in public affairs,” work to “mobilize resources” from the business community and “boost the number of citizens who consider themselves democratic stakeholders”.

Let us hope there is a willing and receptive audience. As the people behind both recent declarations know, statements of principle are simple compared to what comes next.