The tax and levies burden is highest in Slovakia among the V4 countries, and higher taxes proposed by President Andrej Kiska would only widen this gap. 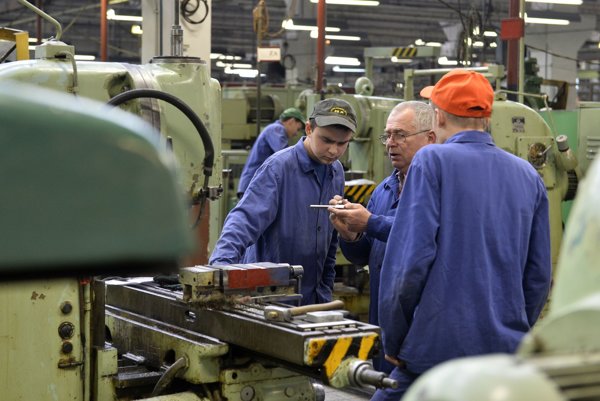 Slovakia lags in the quality of its business environment and economic competitiveness among the Visegrad Group, the Slovak Trade and Industry Chamber (SOPK) claimed, as quoted by the Hospodárske noviny daily. The Visegrad Group (V4) consists of Poland, the Czech Republic, Hungary and Slovakia. SOPK said that the country is worse-off than the other countries that entered the European Union with Slovakia.

“We have to mainly consider the area which represents our competitors – and whether you look at V4 or the Baltics, we are worse off,” SOPK chairman Peter Mihók said.

The chamber has criticised the huge tax and levies burden for country’s firms in the past, claiming that it is the highest in the EU.

The Finance Ministry, however, said that the SOPK’s assertions are misleading.

“Within the EU, the share of taxes and levies collected on the performance of the Slovak economy is considerably below the EU average,” Finance Minister Peter Kažimír said, as cited by the daily.

The ministry uses a macroeconomic index that is not used by business people, Mihók said. He points to latest data from the World Bank, according to which a model company in Slovakia pays 51.6 percent of its profit for all taxes, levies and fees. This is much more than the EU average of 42.9 percent. Only four European countries have a higher tax burden, according to the World Bank.

Tomáš Meravý, an analyst with the MESA 10 think, disapproves of the World Bank methodology and says that the comparison also calculates the amount of levies which are normally considered a burden of the employee. When only direct income taxes paid by companies are compared, Slovakia fares better.

Salaries are one of the crucial business indices, and President Andrej Kiska remarked on this in his address on the state of the republic. He said that salaries should be higher, even by as much as in ten percent.

The growth in salaries must correspond with the growth in labour productivity and the economic situation, according to Mihók, who points out that foreign investors come to Slovakia because of the country’s low expenses. He said that if salaries and prices rise too much, Slovakia’s attractiveness may decline.

The idea of salaries in an engineering industry rising by 10 percent is unrealistic, CEO of Martimex engineering company, Július Kostolný, told HN. However, Slovakia’s share of salaries as a percentage of GDP is lower than that of most EU member states.

Tomáš Meravý also pointed out that in western Europe, salary expenses constitute around 70 percent of the total revenues of firms after the deduction of purchases. In Slovakia, this is only 56 percent.