One of the important milestones of our capital is connected with the year 1946. The post-World-War II cabinet came to the conclusion that Bratislava, as the residence of top political and state Slovak national bodies, needed an adequate base. 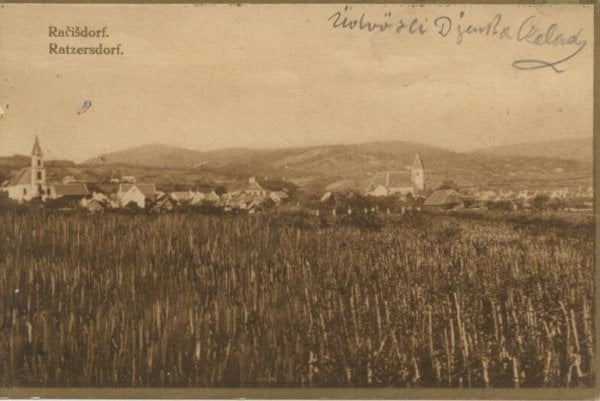 Rača, a village now attached to Bratislava as a borough (Source: Courtesy of B. Chovan)
Font size:A-|A+

Thus, it decided to attach some of the nearby villages to the city. In this way, Devín, Dúbravka, Lamač, Petržalka, Prievoz (Ružinov), Rača and Vajnory were added to the original Bratislava – with a total area of 11,120.1 hectares, which expanded the territory of the city, as if by wave of a magic wand, to more than twice its size.

As early as 1972, it was enlarged again. The villages of Čunovo, Devínska Nová Ves, Jarovce, Podunajské Biskupice, Rusovce, Vrakuňa and Záhorská Bystrica were added, with a total area of 17,393.9 hectares – which again doubled city territory. Only considering these huge administrative interventions, we can realise that the original historical Bratislava, or Prešporok/Pressburg/Pozsony as known in history, was never too vast.

Urbanisation in the Middle Ages

However, the municipalities of Greater Bratislava were connected to the city already in the Middle Ages in one way or another. For example, Prača, originally the settlement of castle slingshot producers, lay on the territory of the current borough of Vajnory. The neighbouring settlement called Dvorník was inhabited by people who worked for the “castle court”, “hradný dvor” in Slovak. In the territory of the villages Rača, Vajnory, but also the now vanished Sellendorf, in the upper part of Mlynská dolina, burghers owned vineyards.

The surrounding villages supplied the city with farm products, meat and – last but not least – also labour. Thus, Bratislava has formed a single cohesive whole which then resulted in the administrative connection of the villages to the city in the 20th century.

In this postcard dating back to the years following World War I, the wine-growing village of Rača can be seen, then surrounded by vineyards in all directions.