Cuban minister: We don’t care what the US thinks about ties with Slovakia

Bruno Rodriguez Parilla is the first Cuban foreign affairs minister to make an official visit to the independent Slovakia. 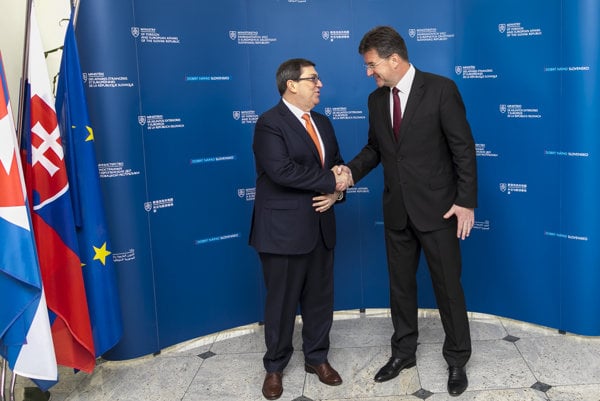 Cuba does not care what the United States thinks about its relations with the EU, including Slovakia, Cuban Foreign Affairs Minister Bruno Rodriguez Parilla told the TASR newswire in an interview on June 20.

Parilla, the first Cuban foreign affairs minister to make an official visit to the independent Slovakia, spoke in response to the more stringent US foreign policy towards Cuba announced by American President Donald Trump in Florida last week.

“In Cuba’s view, relations with Slovakia or the EU don’t go through Washington,” Parilla told TASR. “We don’t care what Washington thinks about our ties with the EU or Slovakia.”

The ties between Cuba, Slovakia and Europe go way back in history and serve the interests of all countries involved, he added.

“It’s in the interests of Cuba to maintain good relations with all countries of Europe, and this includes fomenting trade ties,” Parilla continued.

He went on to say that if economic relations between the USA and Cuba take a turn for the worse or the American embargo becomes more stringent, our ties with Europe, including Slovakia, would become an even greater priority.

“On the other hand, if President Trump were to continue a policy benefiting US national interests – i.e. improving economic ties with Cuba – even then relations with Slovakia and Europe would hold an equal if not greater importance for Cuba,” the minister said, as quoted by TASR. “This is because we take interest in ties with Europe based on their own merit.” 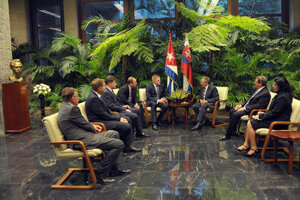 The EU has also responded positively to Cuban reforms by lifting restrictive measures dating from 1996 and approving a new Political Dialogue and Cooperation Agreement at the end of 2016, which is currently being ratified by member states and the European Parliament. Slovakia did so last week.

The Slovak foreign affairs minister praised cooperation with Cuba in the spheres of energy, education, sport and health care.

“In our case the ties are also demonstrated by the extraordinarily high frequency of visits,” Lajčák said, as quoted by TASR.

Slovakia has won Cuba’s trust also in energy reconstruction projects, with bids totaling €140 million. Moreover, 70 post-grad students are gearing up for exchange visits to Cuba with an eye towards expanding their qualifications. The programme is slated to begin in the autumn, but an extension of up to 100 students is already being entertained, said Lajčák.

Moreover, clinical tests are under way in Slovakia for a diabetic foot drug called Heberprot-P, which the Slovak minister called “unique”.

Meanwhile, Parilla called the relations between Slovakia and Cuba “cordial”, with an excellent dialogue at political level.