Two opposition parties joined forces to file a lawsuit against businessman and alleged crony of the government, Marián Kočner, over one specific case that dates back more than a year. 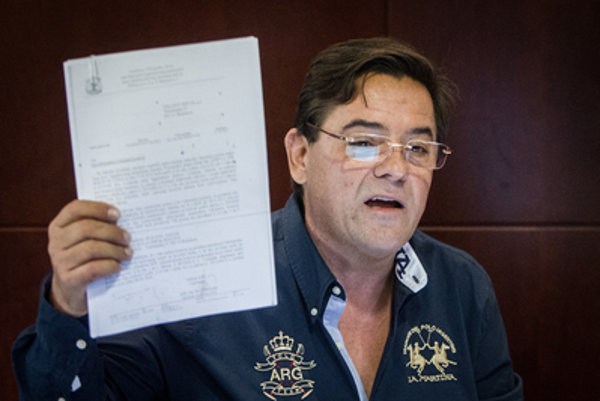 MP Jozef Rajtár of the opposition Freedom and Solidarity (SaS) party announced on June 21 that his party, along with OĽaNO-Nova, has jointly filed a criminal complaint against Kočner concerning a suspect transfer of flats in the Five Star Residence complex in Bratislava, allegedly involving tax evasion.

“We’re filing a criminal complaint against Marián Kočner over a case that we pointed to more than a year ago, namely the Five Star Residence apartment block, constructed by Real Studio K.F.A. Bratislava,” Rajtár said, as cited by the TASR newswire. “We know that Ladislav Bašternák has already been charged for his involvement with the Five Star Residence over flat transfers. Meanwhile, flat transfers were carried out on the other side by Marián Kočner," the SaS MP said, adding that the businessman transferred 17 luxury flats for a total of €1.

Read also: Did Kočner do the deed? Read more

“This case is properly registered in a different court dispute, so it’s undeniable that it did indeed happen and that €1 was the total price,” Rajtár added.

Kočner is arguing that the value was reduced by a burden related to a claim by a certain shell company. “Nevertheless, the price stipulated by law, i.e. the usual market price, should be applied for setting tax and other matters, and it cannot be reduced by any burden. The law does not permit this,” the SaS MP said and added that Kočner may thus have earned some €900,000.