Family singletrack will soon be opened close to Bardejov

The project is expected to help increase the number of visitors to the upper Šariš region. 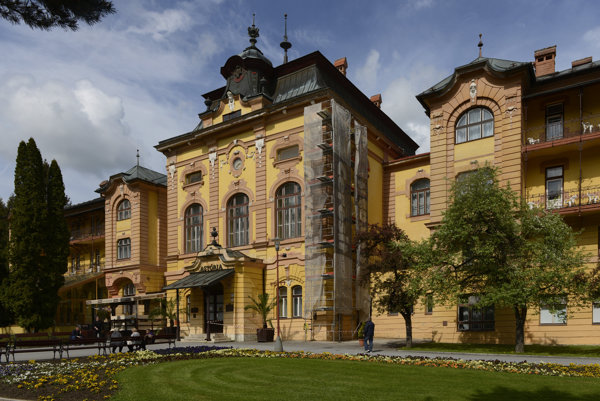 The healing singletracks (cycle routes) were created close to the city of Bardejov and nearby Bardejovské Kúpele to increase the attractiveness of the upper Šariš region in eastern Slovakia.

In the first and second phases of the project, the local tourism organisation, Šariš Bardejov, opened the Čerešenka and Napoleon tracks which together create a three-kilometre compact cycling route. A less demanding cycling route for children is expected to be added in the near future, the TASR newswire reported.

Walkers can use the Mihaľov Bardejov Oxygen Route and the Oxygen Track in Bardejovské Kúpele. Cyclists, runners and walkers can use seven kilometres of interconnected relaxation tracks that are marked and maintained. There are some sporting areas, as well as gazebos and places for making fires.

“Altogether we have three kilometres of cycling routes, the so-called singletracks, situated in the park of Bardejovské Kúpele spa,” said Radomír Jančošek, head of Šariš Bardejov tourism organisation, as quoted by TASR.

After adding the so-called family singletrack for families with small children, the length of the cycling routes will increase to five-six kilometres. After its completion, Jančošek plans to print a cycling map and create a new website.

The Šariš Bardejov organisation also plans to increase the number of visitors to the region by supporting other projects aimed at its promotion.

The organisation, for example, is a partner in the project for the 230-kilometre-long international cycling route that will connect the spa cities on the Slovak-Polish borders: Muszyna, Stará Ľubovňa, Vyšné Ružbachy and Bardejov.

They also plan to print promotion materials about military monuments and cemeteries close to the town of Svidník and Dukla, which are attractive particularly for Czech tourists, TASR reported.