The politics of a police shooting

Cynicism bred by a generation of injustice leads us to mistrust even a routine police action.

It’s a sign of how much corruption has corroded our society that we can’t even discuss a police shooting without having an argument.

In a normal country, for example, there really wouldn’t be much to say about the death of a teenager killed in a late-night police chase, given that the driver was 19, had had his license suspended three times, was known to police, was driving dangerously and had refused to pull over. Yes, it’s regrettable that the police in pursuit weren’t more proficient in the use of their guns, and that a 17-year-old (rather than the driver) lost his life. But it’s like seeing a man bitten by a dog after teasing it – regrettable but predictable, and even in a sense deserved. Because at least one occupant of that car was indifferent to the safety of other people on the road, and the police were just doing what police do, however clumsily in this case.

That might be the civic response in a normal country where citizens are, more or less, equal before the law. But in a place like Slovakia, where status, wealth and tribe have been so openly abused to seize advantage, the normal civic response is suspicion and cynicism. Such as that the police are probably covering up for their own criminal negligence. Or rather, that even if this was a legitimate if unfortunate incident, it would never have happened if the driver’s last name had been Široký or Brhel or Világi. That the police only shoot to kill when they know they’re shooting at you or me, or at our misbehaving children. 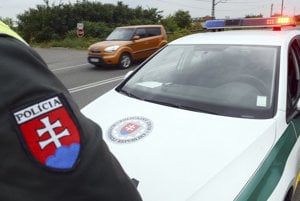 So there we are, stuck in the same hard place we have occupied for a generation. We don’t want to live in chaos, in a country where teenage punks can roar around the roads and threaten our lives with impunity. But we’ve equally reluctant to support police attempts to corral such lawlessness, because it puts us in the position of endorsing an establishment that is itself a criminal enterprise. So in the end we get to live with both – the immediate danger on the roads, and the longer-term danger in parliament and in government.

If this seems too dark a reading, ask yourself how you feel at tax time – confident that the same legal burden is falling on all shoulders, minister, oligarch and ordinary citizen alike? Or resentful that the rich manage not only to avoid paying, but also to steal the money coming from the rest of us?

The cure, unfortunately, remains beyond our reach. Because it would take more than a police shooting of an establishment teenager, or a VAT fraud bust of a cabinet minister, to address the main problem: This state has been hijacked by thieves for their own enrichment and advantage.