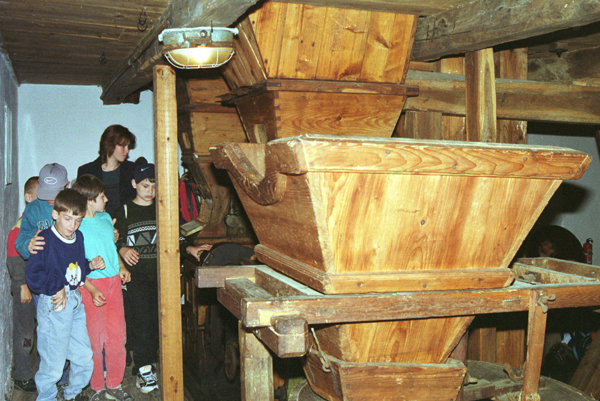 The mill, in the town of Levice near the village Bohunice, is an extended exposition of the Tekov Museum (Tekovské múzeum, TM) and was already one of the biggest tourist attractions of the area.

In 2015, it was visited by 2,280 people – with the rate of visitors gradually increasing, an ethnographer at the museum, Zuzana Paulovičová, told the TASR newswire. The expositions attract visitors for their history.

“In 2016, a shelter of the press and the fencing were repaired,” Paulovičová said. “Only regular maintenance is planned for this year.”

The homestead of former miller Pavol Turčan lies in the Štampošská dolina valley, near the stream called Sikenica, approximately two kilometres from the upper end of the Bohunice village, in the direction of Banská Štiavnica.

“This is a type of watermill with a wheel, an overshot tide mill,” she said. “The homestead is composed of the mill building, a yard and a garden. The mill itself is divided into a living part – a room, a kitchen and a storeroom with adjacent cellar – equipped with period furniture and inventory and a technical part, consisting of a mill room with functional and complete mill machines and a gear-room, called a ráštubňa,” the ethnographer said. 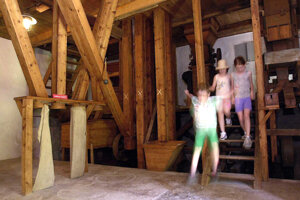 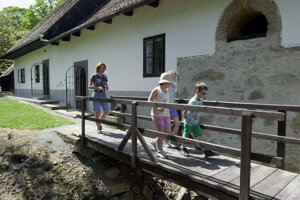 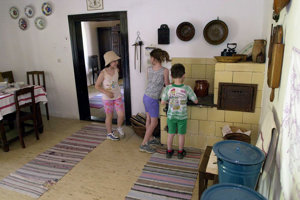 Watermill near Bohince, in the Levice district (3 photos)

The history of the Bohunice mill began in the mid-18th century when the nobleman Stefan Péli Nagy paid for it to be built. “The first known miller here was Lukáš Šikeť and his relative, Juraj,” Paulovičová explained. “Until the first quarter of the 19th century, several millers worked here in turns. At that time, it came under the ownership of the Nyáry family, who owned it until the third quarter of the 19th century. From them, the Hajdamárs bought it – and in 1909 sold it to the Turčans. They owned it until 1976, when it was sold it to the Tekov Museum, and after extensive reconstruction, opened to the public as an exposition in 1978,” she told TASR.

The last owner was Pavol Turčan who was born in 1910 in the mill of his father in the village of Bohunice. Along with his older brother, he was trained to be a miller by his grandfather – who owned the mill in the village – and his father. In 1935, he received a mill from his father, within which he would introduce electricity and a modernised milling device. At the end of World War II, the building and the milling device were considerably damaged, so the mill was reconstructed in 1946 and in operation until 1950. Turčan lived at the mill until it was sold to the museum in 1976, Paulovičová said.