Poll: Slovaks want to be at the core of the EU

Slovaks see the EU advantages of a higher living standard, a developed economy and the possibilities for self-realisation. 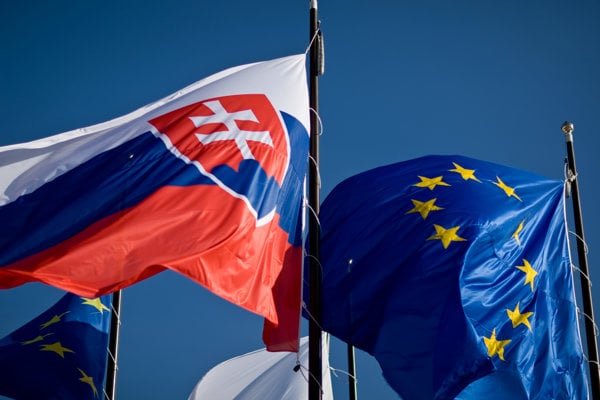 Support for the European Union among Slovaks remains stable, despite the Eurosceptic views of some politicians. Six out of 10 people want to stay in the European Union. If there was a referendum asking respondents whether they want to remain in the club, up to 59 percent would say yes. Departure would be supported by only 15 percent of respondents, according to the poll published by the non-governmental organisation, Globsec.

As many as 52 percent of respondents perceive the EU positively, while only 11 percent have a rather negative opinion.

Meanwhile, most Slovaks think that the country should head towards the core of the EU and cooperate with the most influential countries. This option was selected by 69.3 percent of 1,208 respondents who participated in a poll carried out by Polis Slovakia for the SITA newswire.

On the other hand, 15 percent agreed with the opinion of Richard Sulík (SaS – Freedom and Solidarity) who said that the most developed countries are not the first league but rather a regional society, and that Slovakia should not head automatically to the core. Almost 20 percent of Slovaks did not know the answer.

Sulík: Fico does not explain enough

“That was a loaded question,” Sulík responded to the results of the Polis poll, as quoted by SITA. “I am not surprised about the result.”

Slovakia should do what is in interest of its citizens and not the Brussels administration. Moreover, Slovak depositors should not stand surety for “Italian rotten banks”, Sulík added. 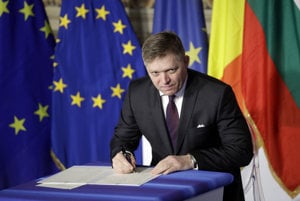 “If the question was posed differently, I guarantee that the numbers would be opposite,” Sulík said, as quoted by SITA, adding that more information should be given to people about why it is not good to rush straight into the first league of the EU.

PM Robert Fico never explains what it means to be in the core of the EU. In his opinion, the fee for being at the core means to accept migration quotas, reported SITA.