Politics and businesses endanger the freedom of media

Less than one-third of Slovaks believe the media outlets in the country. 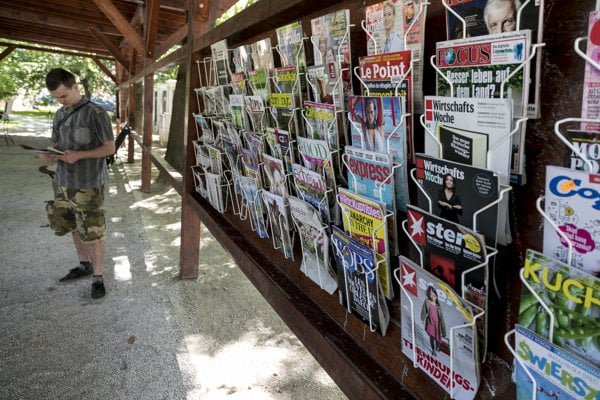 The media environment is characterised by strong, privately owned TV and newspapers, including a vigorous tabloid sector. Relationships between the media and the government of Robert Fico (Smer) have become increasingly strained over the last year.

This statement stems from the Digital News Report 2017 published by the Reuters Institute. The report showed that trust in the media has been, in general, rather low in Slovakia. Only 27 percent of respondents believe the news overall and 39 percent trust the media they use.

But the perception of independent journalism has declined even more recently. It has been affected particularly by the debate over financial groups becoming owners of several media outlets in Slovakia. The mainstream media are considered biased and the popularity of ‘alternative’ media has been on the rise.

The report also showed that only 12 percent of news consumers are paying for online news and 22 percent are using ad-blockers. Slovaks mostly get their news from the internet, while the second most-used source is TV. Print occupies the last position.

Fico has brought libel suits against several newspapers which have been critical of the government, the report continues. In early 2017 he accused the media of publishing critical and biased information about the government and leading pro-opposition campaigns.

Fico has also refused to communicate with or answer questions from particular media outlets and has launched verbal attacks on the media during press conferences. In November 2016, he called reporters ‘dirty, anti-Slovak prostitutes’. This denigration of the media may be further undermining trust in the press and in politics more generally.

But concerns about media freedom do not relate only to the pressure from politicians, reads the report.

Major private media outlets (both newspapers and TV stations) are owned or co-owned by foreign companies. The lack of transparency and cross-platform ownership of media outlets remains a concern for independent observers. Additionally, a large number of media outlets are now controlled directly or indirectly by local businessmen behind two Slovak financial groups, Penta and J&T, which has also led to public debate about the risks to media freedom, the report stated.