Number of HIV infections is on the rise

Slovakia still among the EU countries with the fewest patients suffering from the disease. 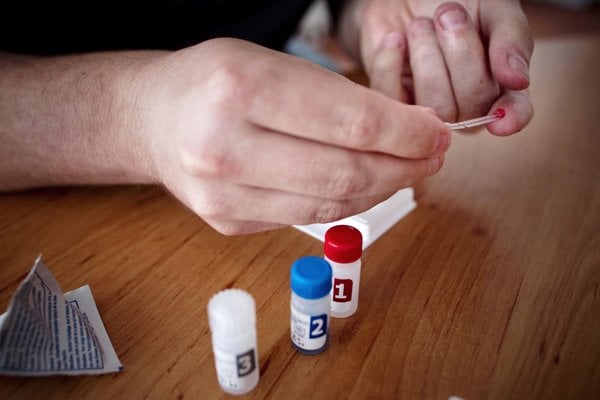 The number of HIV infections in Slovakia is increasing. The country even detected the highest increase in the cases per one calendar year (87). Three patients have died.

Of those with HIV, 10 patients had AIDS, the TASR newswire reported.

Most of the people with the infection live in big cities and in Bratislava Region, according to the report on HIV acknowledged by the government at its June 28 session.

“Slovakia still belongs to the EU member states with the lowest number of HIV infections,” the report reads, as quoted by TASR.

The Health Ministry claims it does not neglect its prevention programmes. The employees of the regional public health authorities hold lectures about safe sex and HIV/AIDS risks in marginalised communities, at schools and at asylum facilities run by the Interior Ministry.

“Soldiers dispatched to fulfil tasks outside of Slovakia are also regularly examined,” the report reads.

The monitoring of HIV and AIDS in Slovakia began in 1985. At the end of last year, a total of 898 people were suffering from the infection. Of that number, 756 patients were Slovaks, and the rest were foreigners. In about 100 cases, the HIV infection developed into AIDS.

The statistics suggest that 62 people infected with HIV died, and of that group, 48 suffered from AIDS, TASR reported.

In most cases (64 percent) the men were infected after having unprotected sex with other men. In 24 percent of cases, the infection affected heterosexuals, while in 2 percent it was caused by injected drug use.

There was one case in which the infection was spread via blood transfer, which involved a Slovak who was infected outside the country in 1986, the report reads.

For 9 percent of cases, it was impossible to learn how the infection was spread, TASR reported.

The HIV virus causes a loss of immunity against infections and increases the risk that the person will suffer from tumours. It is an incurable disease, but the deterioration of the immune system can be slowed by medication.

HIV tests are available to anybody in Slovakia and can be performed anonymously. They are carried out by the National Reference centre for HIV/AIDS Prevention in Bratislava and by regional public health authorities, TASR reported.