The letter giving advice about environmental protection to a new UN secretary general was entered into the international round. 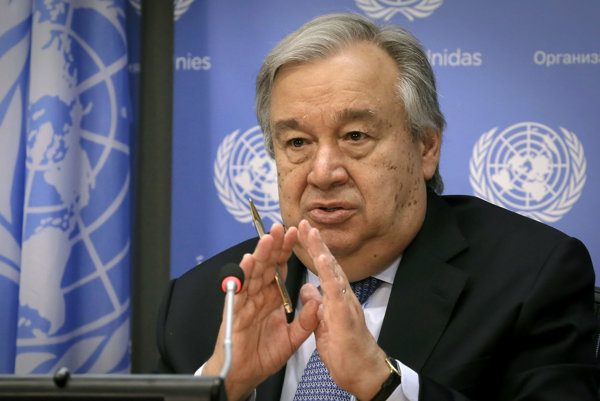 His letter won the Slovak round of the 46th year of the competition run by the Universal Postal Union. It was translated into English and advanced to the international round, the SITA newswire reported.

The main topic of the 2017 International Letter-Writing Competition for Young People was to imagine that the participants serve as advisors to a new UN secretary general, being asked to write which world issue they would help him tackle first and how would they advise him to solve it.

“I wrote to him mostly about deforestation and air pollution,” said Remeň, a pupil of the Tajovského Primary School in Poprad, as quoted by SITA. “I advised him not to chop down the natural forests, only the economic ones, and to use more renewable energy sources.”

He also recommends that the UN secretary general prevent the drop in natural resources through higher awareness about the impacts of a consumerist lifestyle and about the global warming phenomenon.

“This concerns me as it is a really big problem, and I want future generations to have a nice planet,” Remeň explained, as quoted by SITA.

The competition was entered by 249 children aged 15 and under. The winner was chosen by a commission composed of the representatives of the Slovenská Pošta postal services operator and the Transport Ministry.

“Generally speaking, all the letters were interesting,” said Róbert Gálik, head of Slovenská Pošta, as quoted by SITA.

Most of them focused on society-wide topics, and many of them also concerned the environmental problems of the present and the near future.

“It was important for the children that we live in a world without wars and violence; they longed for a clean planet without pollution and wished for functional families,” Gálik added, as quoted by SITA.

The competition may help popularise the writing of letters which has declined these days, he said.