Andrej Danko, the head of SNS, is known for numerous slips of the tongue. 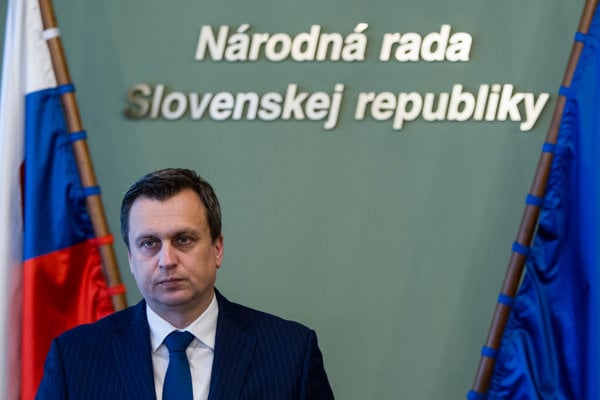 Parliamentary Speaker Andrej Danko (SNS) departed on Sunday for a working visit to South Korea for the second meeting of the Presidents of the Parliaments of Eurasian countries. He will remain there until Thursday, his spokeswoman Eva Kliská informed TASR.

The idea of ​​these meetings was initiated jointly by the National Assembly of the Republic of Korea and the State Duma of the Russian Federation. The first meeting was held in April 2016 in Moscow. Danko has expressed hopes that the third meeting would be held in Prague or Bratislava.

Danko has had several bilateral meetings during the conference. On Monday, he met with President of the lower house of the Russian parliament - the State Duma - Vyacheslav Volodin;

“We are historically predestined for cooperation. We are tied by materials. Whoever said that Slovakia shouldn’t deepen its relationship with Russia is wrong,” Danko said after the meeting, as quoted by the Sme Daily.

He also met with deputies of the Kia Motors Corporation that has a plant near Žilina. The South-Koreans are anxious for Slovakia to finish the highway between Žilina and Ostrava, according to Danko. They would then gain a connection between Kia in Slovakia and Hyundai in the Czech Republic.

On Wednesday during a visit to the demilitarised zone that separates North and South Korea, he expressed his nostalgia for the days when Slovakia, as part of Czechoslovakia, was ruled by a totalitarian regime.

"Seeing this zone, was for me, an indescribable experience, and I admit that it provoked in me a great sense of nostalgia for the barbed wire that isolated our country," he wrote on social media.

The barbed wire which Danko misses so much was a part of the Iron Curtain. In Czechoslovakia, it stretched along the borders with the former Federal Republic of Germany and Austria. Danko, who is well known for his slips of the tongue, was fifteen when the Iron Curtain fell in 1989.

The press office of the SNS party has not so far commented on Danko’s post.