Tens of thousands attended the pilgrimage and mass on Marian Hill, celebrated by the Apostolic Penitentiary. 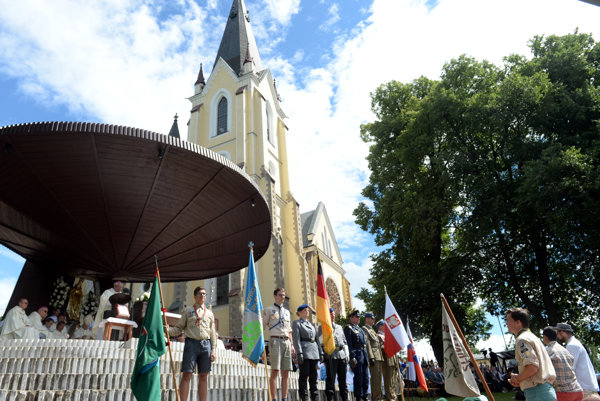 Nearly a half-million people attended the annual pilgrimage to the Mariánska Hora (Marian Hill) near Levoča that took place on July 1 and 2.

The event, attended by both Slovaks and foreigners, culminated with a mass celebrated by Italian Cardinal Mauro Piacenza, Penitentiary Major of the Apostolic Penitentiary at the Vatican, at the Basilica of the Visitation of Our Lady.

The oldest pilgrimage in eastern Slovakia marked several anniversaries this year. Apart from celebrating the 770th anniversary of the pilgrimage, the Spiš Diocese also commemorated the 70th anniversary of its consecration to the Immaculate Heart of Mary by then-bishop Ján Vojtaššák and the centenary of the Fatima apparitions, the TASR newswire reported.

“As we’ve ascended this hill, we have not only walked in Mary’s footprints and followed her pilgrimage full of faith and love, but being empowered by our Baptism, we have been bearers of Christ, witnesses of the faith and servants of love,” said Spiš Diocese Bishop Štefan Sečka, as quoted by TASR. 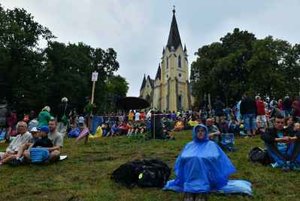 He stressed that this centuries-old tradition must be preserved and strengthened to remain among the best of Slovakia’s traditions. It has survived centuries and resisted all attacks, including violent persecution by the atheist regime in the last century, Piacenza said in his sermon, which was read in Slovak by Sečka.

“I’ve witnessed life and faith here,” Piacenza told journalists after the mass, as quoted by TASR. “I’ve seen the life of the Church here to such a degree that one has the spontaneous urge to sing ‘My soul doth magnify the Lord’, which is the Canticle of Our Lady.” 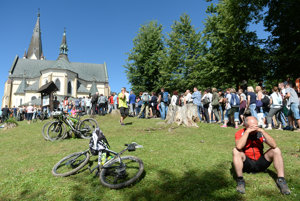 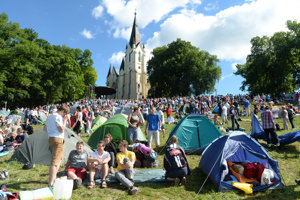 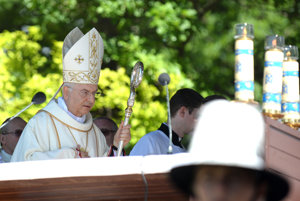 Kiska: Young people show what the country will look like in the future

The pilgrimage was also attended by Slovak President Andrej Kiska, who stressed that today’s young people in Slovakia show what the country will look like in the next 20-30 years. He said, “I’ve witnessed wonderful positive energy emanating from them.”

“I called on them to show with their actions the goodness that is in us, because we especially need to hear from the young these days, as extremism is growing, with extremists frequently misusing God to promote their ideas,” Kiska said, as quoted by TASR. “Nevertheless, the strength of Christianity is seen here, among the young and through love, understanding and forgiveness. It was a powerful experience for me to meet them.”

The pilgrimage marking the Feast of the Visitation of Our Lady has been taking place for 770 years on the Marian Hill above Levoča.

“Hundreds of thousands of pilgrims didn’t stop coming here even during Communism,” Kiska said, as quoted by TASR. “As far as I know, the only year when the pilgrimage couldn’t have happened was in 1949, but otherwise people have been coming here for 770 years to draw force and hope from the Mother of God.”