The dance piece Finetuning, which combines traditional folk music and central-European dance has been invited back to the theatre festival in France. 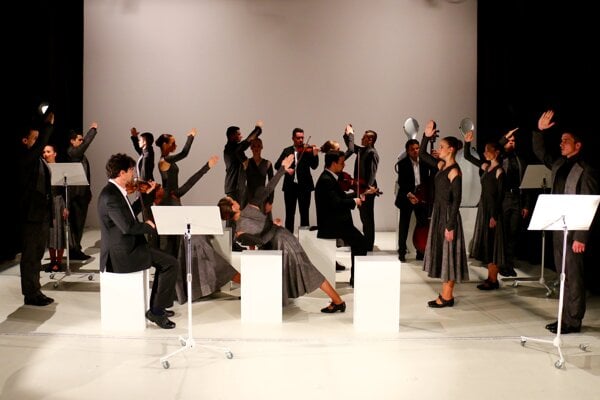 After last year’s successful debut at the Off d’Avignon festival, the biggest event of contemporary theatre in Europe, the ensemble operating in Slovakia, Ifjú Szivék, received an invitation to return this summer. Its performance, Finetuning, choreographed and directed by Dušan Hégli, which taps into the issue of domestic violence, will be introduced in the Espace Alya theatre during the prime-time of the festival programme; it will run 21 times between July 7th and 30th, every evening starting at 2020.

In 2016, the piece saw 21 performances with a packed house in Avignon, manager of Ifjú Szivék, Réka Bartusz, told the TASR newswire, adding that two staging’s at the MDPOH City Theatre in Bratislava followed, as well as three at the National Dance Theatre in Budapest.

“Last year’s success of Finetuning exceeded all initial expectations. More than 70 stories and reviews, in five languages were written about the co-production of the Dance Theatre Ifjú Szivék and the Dušan Hégli Company.” 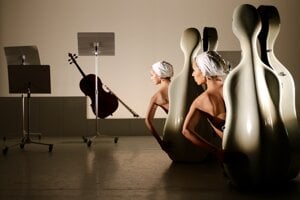 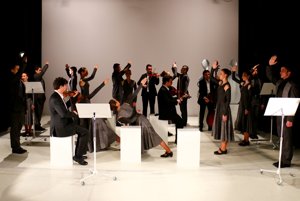 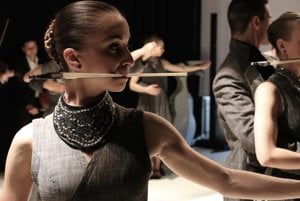 In the long performance of Hégli, “everything is calculated perfectly and exactly, which is reflected not just in the dance but also in the lighting and costumes,” Jean-Yves Bertrand noted, adding that this is also true about the harmony of light, sound, and movement “a perfect accord” … a French theatre reviewer bluntly gave his opinion that Finetuning was one of the best theatre performances in Avignon of the year 2016. Moreover, the piece got several invitations to theatres in western Europe; two performances will take place in the French towns of Saint-Lo and Lanester this autumn, TASR wrote.

Finetuning is the first part of a trilogy, a genre called by its author, concert-choreography.

“Physical and mental violence in a partnership or in a family is much graver and more frequent a problem than we would think, which is proven by the wide interest in the piece,” Dušan Hégli said for the newswire. He received the Author the Year award from the Association of Hungarian Dance Artists for this piece.

The Avignon festival, which has been organised each July since 1947, attracts more than 1,200 productions and almost half a million visitors, including theatre directors and dramaturgists to the city in three weeks.

“In July, Avignon is like a dream,” solo dancer of Ifjú Szivék, Klaudia Gálik, told TASR. “The crowd swarming the streets of the Old Town, from one theatre to another, is unbelievable. It was a great pleasure to observe people queuing in long rows in front of the theatre to see Finetuning every evening. Strangers talked to us in the streets, to congratulate us. However, the biggest recognition surely was the fact that we are to return to Avignon again this year.”