Slovak cyclist is third in the pursuit for his sixth green jersey. 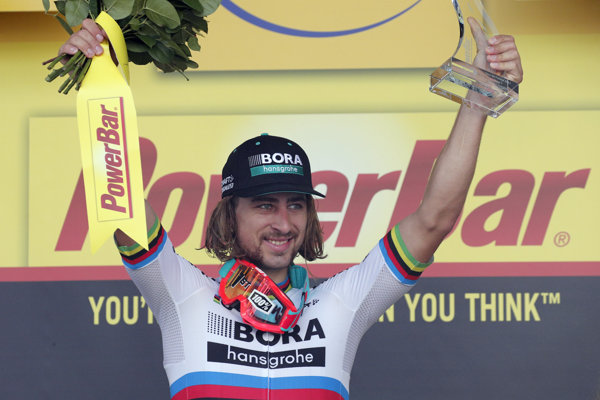 Though he kicked his foot off the pedal only a few metres before the finish, Slovak cyclist Peter Sagan managed to defend his lead and won the 3rd stage of the Tour de France 2017 from Verviers to Longwy.

Sagan was among the favourites to win the stage and was under pressure as to whether he could meet expectations.

“What pressure?” Sagan asked before the race, as quoted by the Sme daily, smiling. “I really don’t know what it is.” 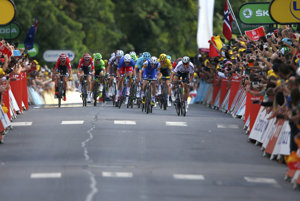 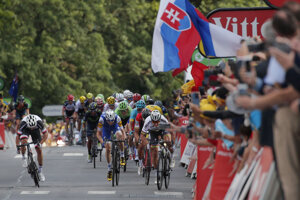 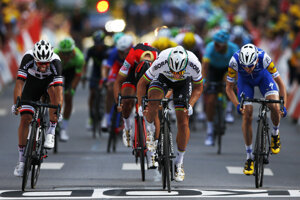 After crossing the finish line, he admitted to journalists that he had made several mistakes, like being in the front too early which was a result of the previous stage. Then he kicked his foot of the pedal.

“Fortunately I managed to get it back soon enough and won with a close finish,” Sagan said, as quoted by Sme.

His margin for victory was really tight, and he nearly lost to Michael Matthews from Australia who had a very good finish.

For Sagan, it is already his eighth stage victory at the Tour de France. Thanks to 10 bonus seconds, he is now fourth in the overall ranking, losing only 13 seconds to the leader, Geraint Thomas.

In the fight for the green jersey for the leader of point classification, Sagan is third, having lost 16 points to the current leader, Marcel Kittel.

His loss may, however, increase during the week as the following stages are better for sprinters, Sme wrote.