Slovakia is one of eight central and eastern European countries participating in an international project to reduce barriers to work. 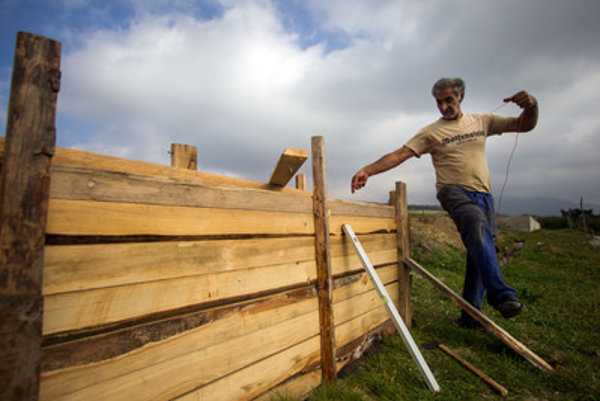 That Roma have economic potential and social capital for an ageing Europe is the chief message of the international project We Change Discourse, We Change Practice: RARE-Roma as Human Resources.

Slovakia has introduced the idea of making cards stating Roma’s employable skills. The Slovak project intends to set up a centre to assess the skills of Roma and to engage them in the labour market, the TASR newswire wrote.

Interested Roma from the districts of Lučenec (Banská Bystrica Region) and Kežmarok (Prešov Region) and Košice’s infamous borough of Lunik IX would receive a so-called Flexi Card, which would list tested work skills and abilities that can be used by employers, thus simplifying the hiring process.

“The project is aimed at preparing innovative pilot programs leading to the effective inclusion of Roma in the labour market, increasing their qualifications and suggesting, based on these projects, recommendations for new models of institutional cooperation in the entire process,” said Miroslav Pollák, of the non-governmental organisation ETP Slovensko. He pointed to the generally recognized fact that the Roma population represent unused potential in the labour market.

“We want to present possibilities for removing barriers to employment for those who want to work, particularly at the local level,” said Richard Filčák of the Centre of Social and Psychological Sciences at SAV, a partner of the project. The plan is to combine the efforts of NGOs, assisting institutions, Roma themselves and local governments, he said. Andrea Hagovská, of the third partner association Ľudia v Tatrách (People in Tatras), said that pilot programs will be aimed at enhancing inclusion in the labor market, education and housing. Later, the programs would create opportunities for completing qualifications and education and would actively help Roma seek opportunities short-term work and employment opportunities for Roma.

Individual projects and their contributions within their countries will be compared, and the countries will exchange their experiences from the pilot programs. The project was launched on January 1, 2017 and will be in place until June 30, 2019, with Bulgaria, the Czech Republic, Hungary, Moldova, Romania, Serbia, Slovakia and Ukraine participating. It is financed by the EU Strategy for the Danube Region, the EU’s Interreg Programme for Supporting Cooperation, and the Development of Central European Countries, with a focus on social innovations. The budget of the international project is €2 million, with Slovakia’s share set at roughly 10 percent of this.