Slovak pupils go to US to compete at World Robot Olympics

Their Vianočka robot can sort out balls of various colours 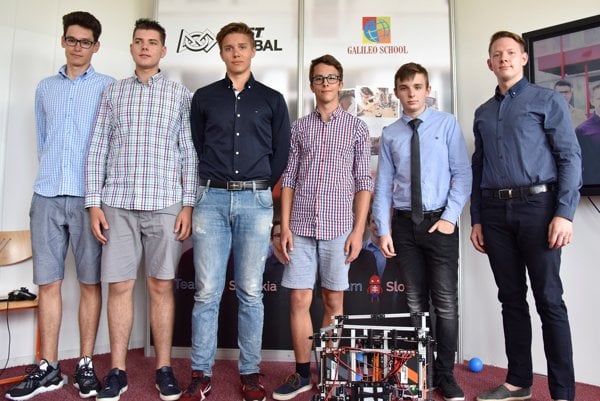 The Slovak team with their robot. (Source: TASR)
Font size:A-|A+

Students from the Galileo Bilingual Grammar School in Bratislava will represent Slovakia at the first International Robot Olympics due to take place in Washington DC between July 16 and 18. In order to take part, they had to construct and programme a robot to separate balls of different colours and put them into their proper holes. A robot kit including a package of parts for construction was sent in advance from the USA. The students unveiled their robot, which they call Vianočka (Christmas Cake in English) to the media on July 3.

“The real use of this robot in the future is directly related to the students who are here and their ability to modify designs and to continue programming,” said Adam Kukla, the teacher and mentor of the team, as cited by the TASR newswire. “It’s something like a starting point for many students and also for future generations that would like to take part in the competition.”

Representatives of 160 countries are expected to participate in the competition, organised by the non-profit organisation, First Global. It is aimed at promoting scientific and technological initiatives and innovations among young people from around the world.