In the finishing sprint of the fourth stage of the Tour de France 2017, Slovak cyclist Peter Sagan was excluded for allegedly intentionally elbowing Mark Cavendish into a scary fall. 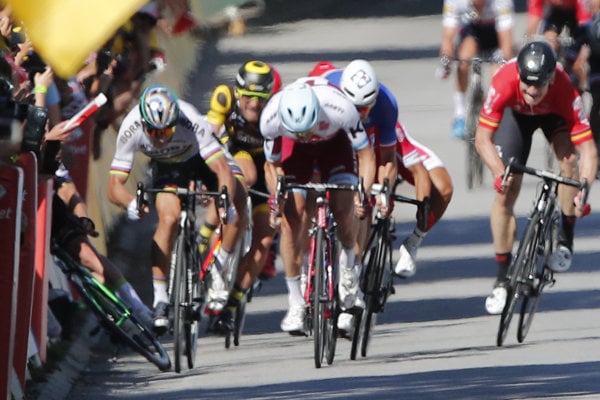 Cavendish, a rival of Sagan, ended up in the barrier after the latter pushed him away with his right elbow, the Sme daily wrote on its website on the evening of July 4. Cavendish crashed into the barriers, at a speed of more than 50 kilometres per hour and fell to the ground. Consequently, John Degenkolb and Ben Swift also fell. The British cyclist was bruised and taken immediately to hospital for examinations.

Sagan however, did not fall and was in second place at the finish. Later, he approached Cavendish’s Dimension Data team to apologise. Ultimately, Sagan was disqualified from the Tour de France for causing the fall, Sme wrote.