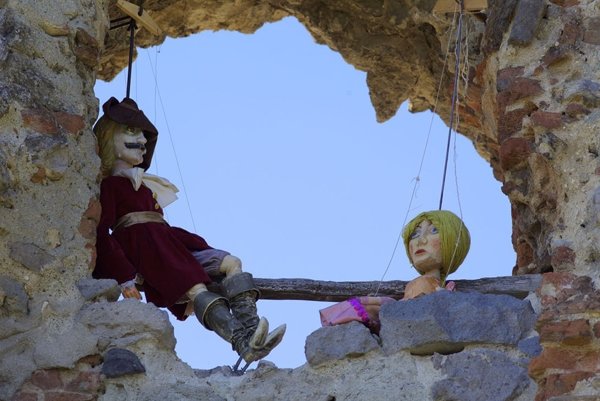 The Modrý Kameň Castle consists of upper Gothic-Renaissance ruins up on rock and a lower Baroque manor house. The first written mention of the castle is from the second part of the 13th century. The Hungarian noble family of Balassi built the castle and were owners of the castle until the half of 19th century.

The castle was defeated by Turks in the 16th century, and stayed there for more than 20 years. When leaving, they blew it up. After 15 years of decay, it was renewed by the Balassi family again.

After the castle burned down during the uprisings in the 17th century, the castle was not reconstructed again. Gabriel Balassi’s widow built the baroque manor house in 1730, and Count Pavol Balassi built the Chapel of Saint Anna later. 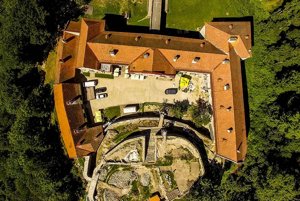 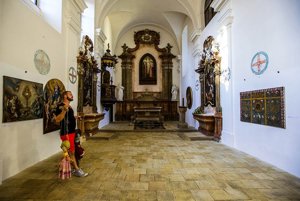 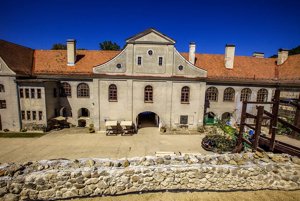 Today the castle houses exhibitions including the Museum of Puppet Culture and Toys. The museum offers a unique insight into Slovak childhood of all eras and all social classes.

While children of the 20th century aristocracy could serve tea in china cups to their extravagantly clothed dolls, the more prosaic and authentically battered hand-carved wooden toys are far more charming.

There is a wide selection of rocking horses, corn dolls, children’s shoes, chunky guns, and bows and arrows, constructed sturdily enough to be passed through multiple generations. The collection of puppets and marionettes is equally diverse, bringing together exhibits from various Slovak and international puppet troupes.

Completing the juxtaposition of exhibitions at Modrý Kameň is a small ethnographic museum, with the usual collection of farm implements, cottage furniture and traditional Slovak dress, as well as two rooms commemorating the life and work of Bálint Balassi (1554- 1594), notable Hungarian poet and author, whose family owned the castle.

Watch a video about Modrý kameň castle, which was prepared as a part of project Cultural Heritage to promote renewal and preservation of cultural and historical heritage in Slovakia, through the EEA and Norwegian Funds.