The Devín celebrations of Saints Cyril and Methodius on July 5 caused some uproar among Slovak politicians. 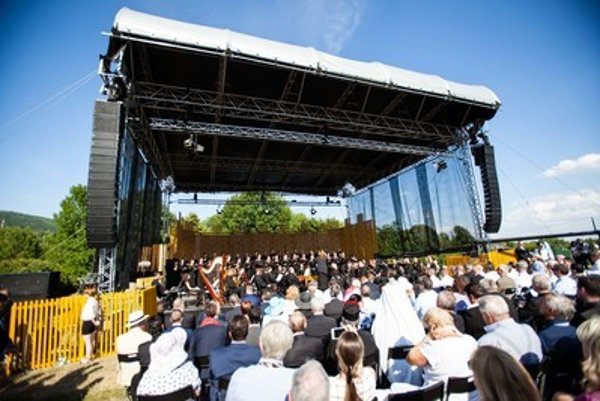 Prime Minister Robert Fico allegedly caused another coalition crisis when he rejected the request of Speaker of Parliament Andrej Danko (of the coalition SNS party) to hold a speech at Devín, a locality on the outskirts of Bratislava that is connected with the Great Moravian era and the arrival of the two saints, who are said to have brought Christianity, ancient Slavonic liturgies, and a new script to the region that is now Slovakia.

Danko was insulted that Fico did not want him at the celebrations, the Denník N daily wrote, adding that the SNS chairman told his ministers not to attend the cabinet session that was planned to take place the next day.

The Government Office officially announced that the planned July 6 session would not take place but did not provide a reason for the change.

Danko expressed his regret about Fico’s approach on his Facebook profile, claiming he received the response from the Government Office that his speech was not welcomed at the celebrations and he thus did not attend. Danko’s spokesperson said that he should meet with Fico, the chairman of the ruling Smer party, on July 6.

One of the tasks of the cancelled cabinet meeting was to decide on the appointment of Ľubomír Jahnátek for the head of the Regulatory Office for Network Industries, the Sme daily wrote.

On the other hand, Fico publicly criticised President Andrej Kiska for not attending the July 5 celebrations. “Hello! I’m calling on the top constitutional official of this country, saying that this is the most significant state holiday that Slovakia has and that we must value and honour it,” Fico said.

The president reacted by saying that he has attended several national holiday celebrations where he missed Fico. “But the president would never even think of publicly talking about that,” the president’s spokesperson Roman Krpelan said, as quoted by TASR. “Not to mention if he knew that the prime minister has a wife who will soon give birth.”