TTIP talks are not dead

Despite positive declarations from the government, the American Chamber of Commerce in Slovakia is still waiting for significant, tangible results in the areas of the legislative process, corruption and efficient judiciary, said its executive director, Jake Slegers, in an interview with The Slovak Spectator. 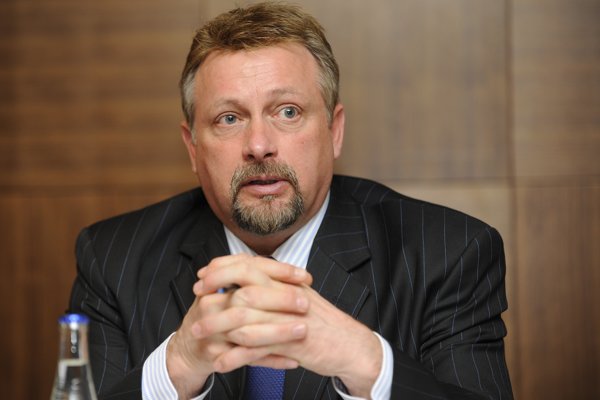 The Slovak Spectator: One of the main advisers of US President Donald Trump called the negotiations over the TTIP agreement dead, though following the meeting with German Chancellor Angela Merkel there are some signs of their potential restoration. Is there, in your opinion, really a possibility that the talks may be restored during the Trump Administration’s rule?
Jake Slegers (JS): According to the latest information we have, the discussions over TTIP are definitely not dead. Following up on a meeting between representatives of the United States and the European Union in May 2017 in Brussels, the negotiators agreed to set up a bilateral working group to elaborate on discussions already made to deepen the strong economic relationship. I personally think that the only missing part to eventually finalising the agreement is the political will on both sides. Currently, the US administration is focusing a bit more on domestic issues. In addition, the EU member states lack a certain unity on this issue as well. Perhaps the administration is hoping for a bit more certainty on this side in order to continue.

TSS: PM Robert Fico and some of his cabinet members met with the representatives of the Rule of Law Initiative in early April. What are the tangible results achieved by the initiative so far? How do you assess the promises of the government regarding the goals of the Rule of Law Initiative and their fulfilment?
JS: As a result of the Rule of Law Initiative, in 2015 the Slovak government adopted an Action Plan on Strengthening the Rule of Law in Slovakia in 2015. One of the commitments is to meet with representatives of the initiative on an annual basis and review any progress that has been achieved. This was also the reason for the recent meeting with Prime Minister Robert Fico.
The action plan is one of the most important achievements as it outlined specific goals for the Slovak government in the three main areas: transparency and predictability of the legislative process, fighting against corruption, and predictable and efficient judiciary.

We definitely welcome initiatives such as the new law on the lawmaking process, which introduced more predictability into the legislative process. Some of the changes in the procedures introduced in civil and commercial law should also bring more predictability and decrease lengthy court proceedings. However, these are long-term changes, and since they only became effective in July 2016, the business community is still waiting to see the real impact.

Naturally, AmCham, as well as its partners, welcomed the fact that the Slovak government incorporated the Rule of Law Initiative and its principles into the official government programme for 2016-2020. However, despite positive declarations from the governmental side, AmCham and its partners continue to emphasise the need for more visible progress in all three areas. Further improvements need to be seen in areas such as the parliamentary legislative process and last-minute legislative amendments, as well as more transparency and focus on expertise in the selection of heads of independent regulatory and supervisory institutions.

In addition, we also underline the need for integrity of public officials, as they should serve as role models in strengthening the rule of law in Slovakia.

TSS: The Slovak Economy Ministry introduced a draft concept to support business service centres more than a year ago. Have you noticed any positive changes in this area during the past year? Is the state active in helping BSCs established in Slovakia?
JS: BSCs in Slovakia represent a well-established and continuously growing sector, directly employing over 30,000 people comprising a skilled workforce with double the average salary of the Slovak economy. AmCham is a strong supporter of shared services in Slovakia, and its activities in this field have intensified since the Business Service Center Forum (BSCF) was founded more than three years ago.

Uniting over 95 percent of all employees in the SSC sector in Slovakia, BSCF currently accounts for 28 member companies. Raising awareness of the sector, facing its challenges in the advocacy field and interacting with educational institutions continue to be its main goal. We value the relationship and support from the Economy Ministry reflected in the strategy for the support of shared services in Slovakia adopted by the government last July, together with the action plan of 21 points. Thanks to the strategy, we believe the overall perception of the industry as the most dynamic and rapidly growing one has increased significantly.

As a direct outcome of the strategy, a novelisation of the foreigners’ law has been valid and effective since May 1, 2017, allowing SSCs to fast-track their third-country employees’ mobility into Slovakia within 30 days. This is expected to have a significant impact on Slovak SSCs to expand their high value-added jobs in the country.

As most of the 21 points in the strategy were or have been fulfilled by the government, the Economy Ministry has launched the process towards creating an Action Plan 2.0 for the support of shared services in Slovakia.

TSS: How do you assess the current relations between the US and Slovak business sectors? How have they been affected by the election of President Donald Trump and may we expect some changes in the future?
JS: The current relationship is as strong as before; there have been no real changes. We see continuous expansion of American companies here in Slovakia. Many of them continue to expand as they find Slovakia to be an excellent place for doing business.

TSS: According to the latest IMD World Competitiveness Yearbook 2017, Slovakia’s competitiveness worsened significantly and it lags behind its V4 partners, except for Hungary. What signal does it send to potential investors? Is the country still attractive for them as an investment destination?
JS: These types of surveys are always good to set the scene and they should primarily inspire any government to improve. As mentioned earlier, our Rule of Law Initiative is consistently addressing these issues which truly affect Slovakia’s competitiveness. We were happy to see interest from the Slovak government, although we are still waiting for significant, tangible results in the areas of the legislative process, corruption and efficient judiciary. We will therefore continue our efforts to shift Slovakia higher in the rankings in the near future. We definitely do see interest from American companies in taking advantage of the strong, developing market in this region.

TSS: The main aim of AmCham this year concerns human resources. What areas do you focus on in this respect? What events have you organised?
JS: During AmCham’s 2017 Year of Human Capital, we are committed to addressing two main pillars: education and labour/employment issues, tackling the lack of qualified workforce as the main concern for a wide range of our members in 2017.

On June 5, together with the Representation of the European Commission in Slovakia, we organised the “Skills 4.0: the Future of the Slovak Economy in the EU?” conference addressing several important issues as digital literacy, shortage of skilled labour in Slovakia and critical skills for Industry 4.0 all in the light of competitiveness for Slovakia on the European and global stages.

AmCham has consistently been trying to actively support the cooperation between secondary schools and universities and the demand of the market. We are trying to achieve this by constructive dialogue with the Education Ministry and the Labour Ministry, but also by our own activities. AmCham has 10 years of experience in mentoring university students via its Mentor Network Program and operating the Train the Trainer programme for university and secondary school teachers that equip them with innovative trainings, topics and skills which, according to AmCham members, the majority of graduates lack when they enter the labour market.

Apart from that, AmCham together with its members, directly teach three accredited courses at the University of Economics focused on human resources, business ethics and, most importantly, soft skills.