Agreement on operation of Gabčíkovo is invalid, arbitration decided 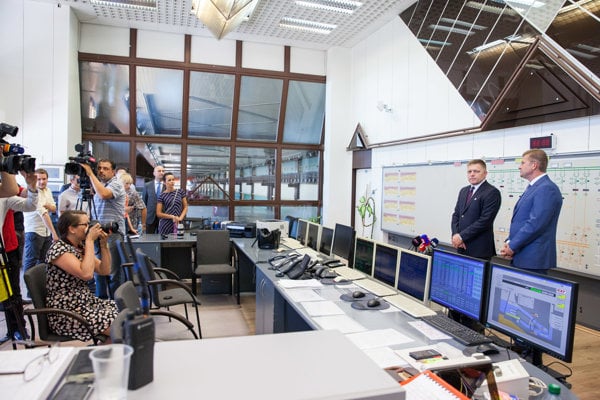 PM Robert Fico and Economy Minister Peter Žiga while announcing the result of the arbitration at premises of the Gabčíkovo power plant. (Source: TASR)
Font size:A-|A+

The agreement for operating the hydroelectric power plant at Gabčíkovo has been judged to be invalid since the very beginning and so the Slovenské Elektrárne (SE) energy utility company cannot lay claim to any financial compensation, said Prime Minister Robert Fico at the premises of the power station in Gabčíkovo (Trnava Region) on July 6. Fico spoke in reaction to the results of arbitration proceedings at the Vienna International Arbitral Centre, concluded on June 30 between SE on one side and the Economy Ministry along with HM Manažment - a successor organisation to the National Property Fund - on the other.

“The arbitration court in Vienna ruled that it falls within its purview to make a decision on this dispute,” said Fico as cited by the TASR newswire. “Thus, we are not talking about a ruling based on some procedural reasons; we are talking about a decision based on factual reasons. And just as the court declared that it is within its power to make a decision on the matter, it also definitively turned down the whole proposal by Enel [the Italian owner of SE]”. 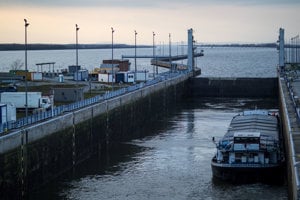 SE demanded compensation of €588.2 million for the premature annulment of the agreement for operation of the hydroelectric power plant. The energy producer arrived at the sum after taking into account the value of technology and Gabčíkovo assets handed over to the state-owned company Vodohospodárska Výstavba as well as revenues, expenditures-excluded, for operating the power plant for over 22 years.

SE confirmed that the centre turned down their charge. Now they are studying the verdict and assessing their options.

There are several other lawsuits between the state and Slovenské Elektrárne going on. For example, the state Vodohospodárska Výstavba is requesting compensation of €480 million from the Italian investor for nine years of illegal operation of the Gabčíkovo power plant.