The main task of the US-British unit that was deployed in Slovakia in 1944 was to evacuate downed US and British pilots back to their airbase in Bari, Italy. 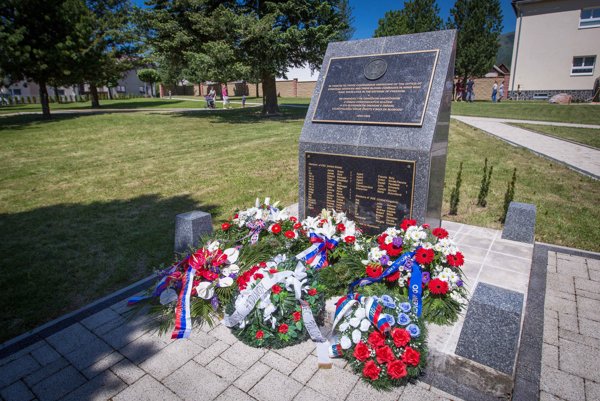 A plaque will now stand to honour the American and British members of special forces who were killed during the Slovak National Uprising (SNP) in the latter stages of World War II.

It was unveiled in the village of Polomka (Banská Bystrica Region) on June 1 at the ceremony organised by the US and British embassies along with the Slovak Defence Ministry and the representatives of the village, the TASR newswire reported.

The main task of the US-British unit that was deployed in Slovakia in 1944 was to evacuate downed US and British pilots back to their airbase in Bari, Italy. The almost 40-strong unit also gathered intelligence for headquarters in London and worked with the SNP resistance movement and Russian senior military officials.

After a Nazi counter-offensive crushed the SNP, the special forces members retreated to the mountains above Polomka, but they were later tracked down and captured by the Nazis. Seventeen of them died in concentration camps, TASR reported.

They also recognised the help that the US-British unit received from local people.

“It was in December 1944,” said Polomka Mayor Ján Lihan, as quoted by TASR. “It was freezing, and the snow was plentiful. They battled not only the fierce winter, but especially a lack of food. The locals brought them food hidden under manure from stables.”

While a memorial was actually built in the village some time ago, it was decided recently that it should also include the names of the US-British unit members, Lihan added.