Reconstructed 17th century tower at Katarínka is open to the public

The Dechtice church tower near the ruins and monastery of St Catherine, often called Katarínka, opened for the public on July 6. 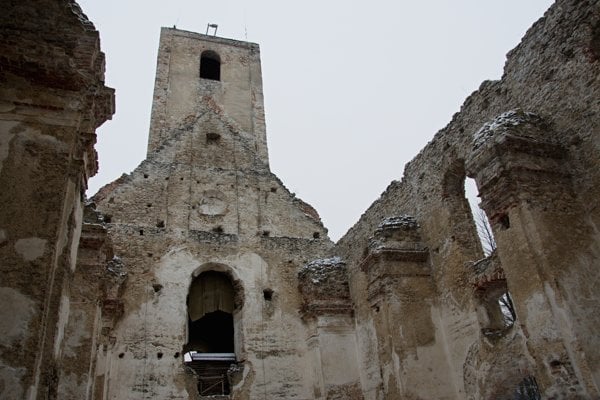 The ruin of the church and monastery lies in the Trnava district in western Slovakia, and the tower has been restored by volunteers from the Katarínka civic association and the Association of Christian Youth Communities OC Katarínka. 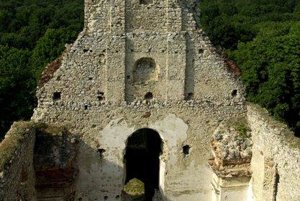 “After years of hard work, when hundreds of volunteers toiled here in turns, we can open the tower for public,” the founder of the project, Peter Herceg, told the TASR newswire. “Visitors can get as high as the top of the tower, which is 30 metres tall, and enjoy the view of the Small Carpathians in the vicinity.”

Visitors are warned to be careful during the ascent and descent, as the stairs are steep, and the number of visitors that can climb the tower at one time is limited. In good weather conditions, a maximum of 16 people, including guides, can climb the tower. The tower will be open between 8:00 and 17:00 during the summer.

The church tower was festively blessed on July 5, during and Open Day which brought more than 1,000 visitors to Katarínka. The ceremony included a Holy Mass conducted directly within the church ruins. 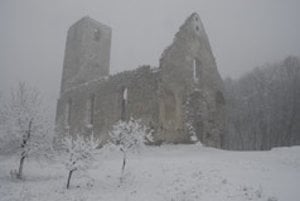 Read also: Hidden by the Carpathian forests, two monuments to a proud past Read more

Also, a theatre performance offered some information about the church and the monastery of St Catharine of Alexandria, while children were offered creative guilds and workshops.

Since 1994, volunteers have been trying to save the ruins of constructions that lie in the Small Carpathians landscape park between the villages of Dechtice and Naháč. During those 23 years, a total of 1,602 volunteers have participated in the work, using traditional technologies of masonry and carpentry. This season, volunteers plan to finish the conservation works on the monastery, TASR wrote. Archaeological research will also be conducted simultaneously. 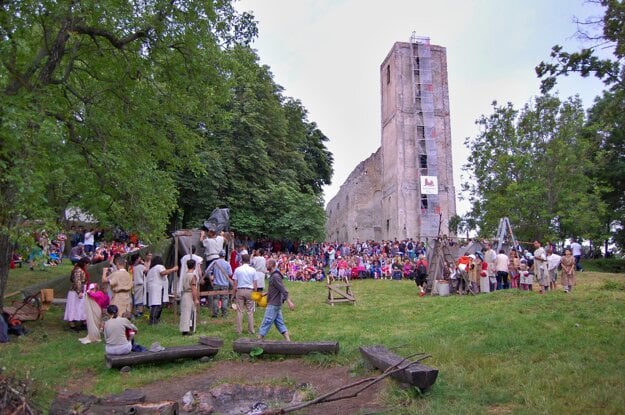 On some occasions, Katarínka comes to life. (Source: TASR)

The monastery was closed in 1786 by a decree of Emperor Joseph II. Today the well-preserved church tower and the remains of one wing of the monastery can be seen.