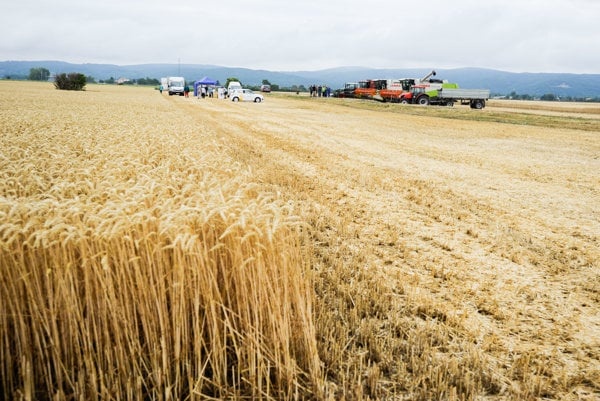 The grain harvest this year may amount to 2.5 million tonnes, 20 percent less than last year, according to farmers.

But the fact is that last year’s harvest was record-high, so there is no reason to compare them, according to Milan Semančík, chair of the Slovak Agriculture and Food Chamber (SPPK). The Slovak consumption of grain amounts to some 1.5 million tonnes, while another million will be exported, he added, as reported by the SITA newswire.

Semančík also stated, at the harvest event held in Drahovce near Piešťany (Trnava Region) that this year the harvest was started 10-14 days earlier than in the past. Apart from the lower yield, the quality of the grain was also diminished due to long-term droughts.

“I am glad to hear that despite the damage caused by droughts and a sparser harvest, there will still be enough grain to cover domestic consumption with enough left over for exports,” said Prime Minister Robert Fico (Smer), who attended the event, as quoted by SITA. 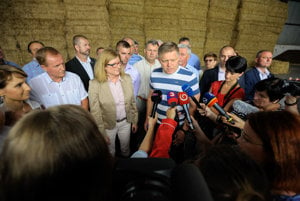 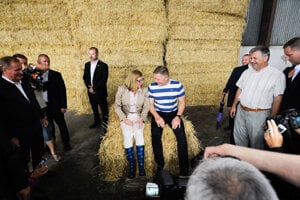 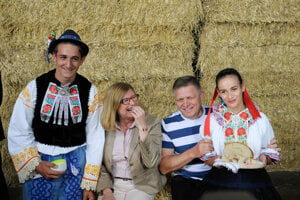 The harvest day in Drahovce (8 photos)

The farmers also discussed the creation of a fund that would help them deal with situations where the harvest is damaged by natural disasters. The contributions would be sent directly by farmers, but also by insurance companies and the state.

Agriculture Minister Gabriela Matečná (nominee of the Slovak National Party), who also came to Drahovce, responded by acknowledging that there are many questions about the fund that remain open and further discussion is necessary, SITA reported.

Alojz Hlina, chair of the Christian Democratic Movement (KDH) also attended the event. In protest against the current situation in sheep breeding as well as the fact that Matečná cancelled her attendance at the planned meeting with Slovak sheep breeders to go to Drahovce, he started pouring 100 litres of sheep’s milk onto the ground in front of the local agricultural cooperative, the TASR newswire reported.

“Despite this offer, Mr Hlina cancelled the meeting and came here instead,” Matečná said, as quoted by TASR, adding that her ministry does not wish to avoid the meeting.

Slovakia currently imports sheep milk from abroad to produce hrudka and bryndza, both types of sheep cheese, the agriculture minister continued. The consumption of bryndza keeps increasing, and we cannot cover it from our own resources, she added.

One of the ways to increase sheep’s milk production is the new sheep breed, the Slovak dairy sheep, which has been successfully bred after 25 years, Matečná said, as reported by TASR.