Marek Eštok was decorated for his contribution in developing the relations between the two countries. 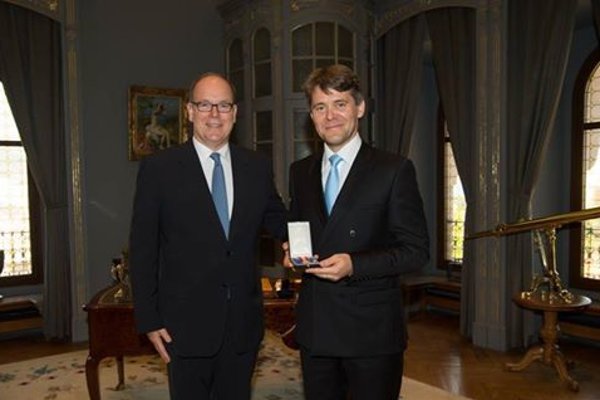 At a farewell ceremony, Prince Albert II of Monaco bestowed his country’s highest official award of ‘The Order of Saint-Charles’ with the rank of Knight on Slovak Ambassador to Monaco Marek Eštok.

Eštok received the award for his merit and contributions in developing Monacan-Slovak relations, the TASR newswire reported.

“By bestowing the award, the Prince of Monaco showed appreciation for the dynamic development of relations between the two countries, which resulted in his first official visit as head of state to Slovakia [in May] and in the first ever Slovak-Monacan economic forum in Bratislava,” the Slovak Foreign Affairs Ministry said, as quoted by TASR.