Ivan Dovala from Žilina filmed a video of Spiš castle waking up. 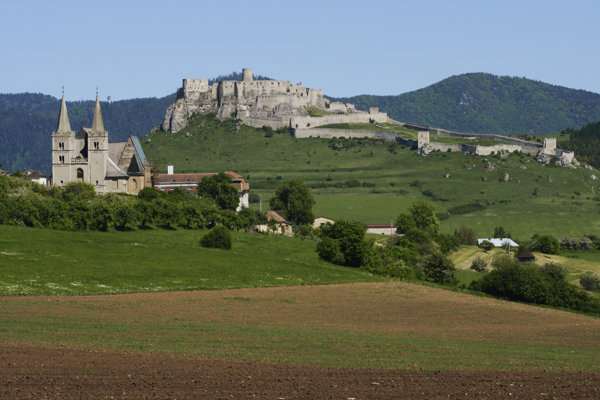 One of the largest castles in Slovakia, spreading over 41,000 square metres, Spiš

Castle is an exceptional example of mediaeval fortification architecture. Its strategic location meant its defenders could survey vast swathes of two trade routes running east-west and north-south, between the High and Low Tatras.

Today, Spiš Castle is best stared at for a long time from ground level and then visited for a couple of hours, where you can either join a guided tour or wander freely through what amounts to a vast sprawl of stone and grass.

The main sights are the watchtower and the restored areas of the palaces, where exhibitions of armament, weaponry and torture devices, as well as a model of the functioning castle, puts everything into context.

The watchtower is likely to provide the most entertainment to the casual visitor. It is an impossibly tight squeeze up a stone spiral staircase, passing narrow windows which afford quick glimpses outside, as well as mediaeval latrines cut into the walls, for the soldier in need during his shift.

Emerging at the top, approximately 640 metres above sea level, the reward is a spectacular view over hundreds of hectares of surrounding countryside and nearby villages.

The closest, Spišské Podhradie, started out as a servants’ village for the castle, giving an idea of the size of the structure itself.