Scientists have probably discovered the weirdest organism in the world

A small cockroach belongs amongst the strangest creatures people have ever found. 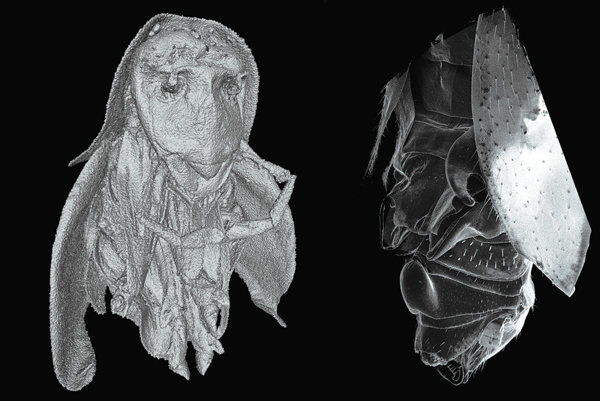 A group of scientists led by Ľubomír Vidlička and Peter Vršanský from the Institute of Zoology at the Slovak Academy of Sciences, described one of the most peculiar organisms in the world.

Discovered in caves in Vietnam, they are cockroaches, about 3mm long with greatly reduced eyes. Their unusually large heads and transparent bodies are reminiscent of a character from a science fiction movie, the scientific magazine Quark reported.

The head of the male cockroach, Helmablatta louisrothi comprises about one-third of its total length and they appear to be wearing helmets when examined from above. It has underdeveloped back wings, a short abdomen and a very well developed sternal gland with a big hook, as well as big, long legs.

The sternal glands produce nitrogen compounds, pheromones and aphrodisiacs which lure the females. Once close enough, the male captures the curious female with his specialised body parts, holding her down with the helmet and hooked nipper. Another characteristic feature are feelers that are longer than the whole body, Quark informed.

The cockroach’s morphology is unique on both a micro-structural and macro-structural level. Its size, absence of more distinct colour and underdeveloped eyes make it a member of the Nocticolidae (cockroach) family. Helmablatta louisrothi is named in honour of Louis M Roth,(1918-2013) one of the greatest ‘cockroachologists’ of the 20th century who published the latest revision of Nocticolidae.

“From the morphological point, it is probably the most bizarre cockroach and also animal in general that has even been discovered,” Vršanský said, as quoted by Quark.

The volume of its head, decorated with big, significantly sclerotic jaws, is the biggest among other species of cockroaches as it composes 11 percent of the total volume of its body. 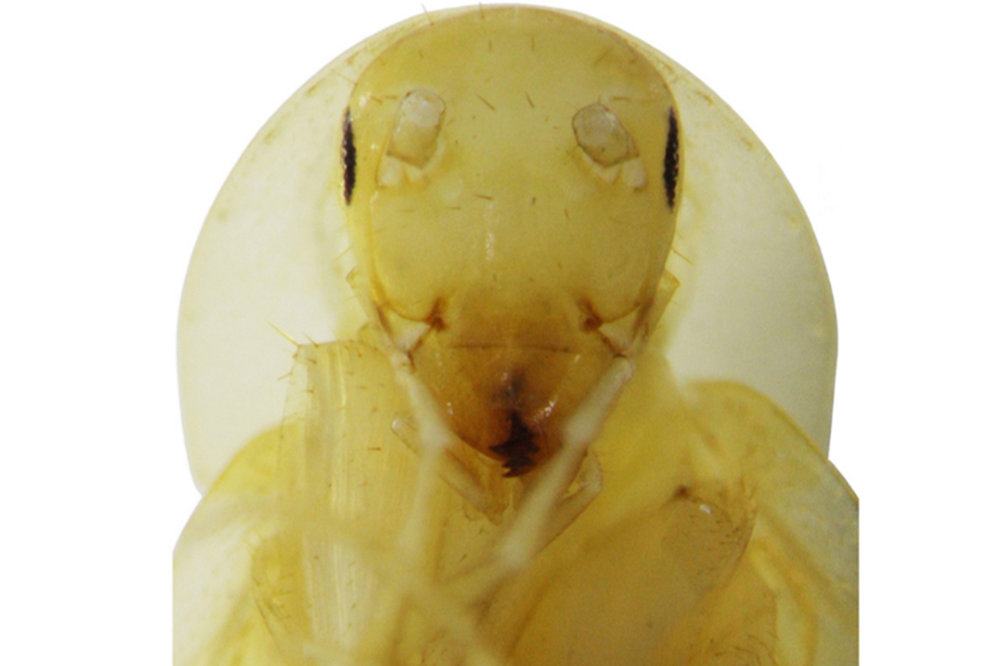 Helmablatta louisrothi is often food for bats, which has been proven by the fact that the examined samples were found close to their excrement. It is also possible that the cockroaches use the bats for transport, Quark informed. The features that help the cockroach attach to a female for reproduction, may also help the creatures hook together to piggyback on bats to new caves.

The DNA analysis suggests that Helmablatta louisrothi is not an old species among the Nocticolidae family.

It lives mostly in small caves that are geologically younger than 2.6 billion years. These are situated about 150 kilometres north-easterly from Saigon in southern Vietnam. The age of the cockroach species was confirmed by molecular analysis, which also points to the recent creation of the more complicated body structure of this unique creature, Quark reported.

This kind of cockroach disproves the hypotheses about the evolutionary stability of these animals.

“The tempo of the evolution of these cockroaches is comparable with the quickest developing bugs,” Vršanský added for Quark. “Only the tempo of extinction is different, which creates an impression of constancy.”