Plane spotters get observation holes in the fence around Bratislava airport 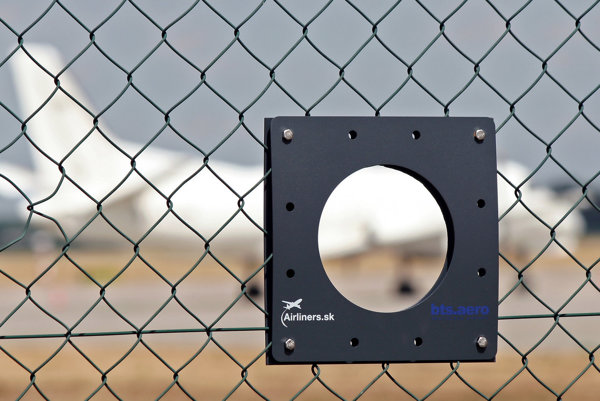 It is now a bit easier for photographers to take a good photo of air craft at the M. R. Štefánik Airport in Bratislava. This is thanks to the so-called spotter observation holes that the airport has made in its fence. They are big enough to put a camera lens through and enable plane spotters to take a picture without the hindrance of the wire netting of the fence. The airport has made, in cooperation with the civic association, Airliners.sk, 25 observation holes in the fence in total.

“Because the airport fence is more than two metres high, we often used ladders when taking pictures,” said Juraj Ondruš, the chair of the association as cited by the Sme daily. Airliners.sk is a site for fans of plane photographers. 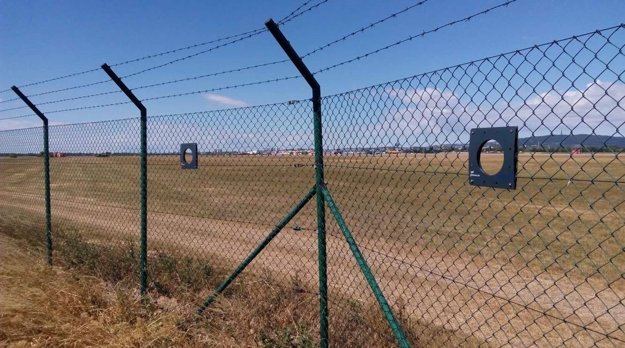 The observation holes in the fence. (Source: Courtesy of M.R. Štefánik Airport )

The airport hopes that the observation holes will reduce the number of cases where enthusiasts of aerial photography cut the fence in their efforts to take a good picture.

The same observation holes are installed at airports in Vienna, Prague, Zurich and Linz.

Veronika Ševčíková, the spokesperson for the airport, added that they want to continue their cooperation with Airliners.sk in creating good conditions for plane spotters, but also accidental passers-by, to take as good a picture as possible.

The observation holes are at various heights so that children can also use them. But the holes should also ease the work of journalists.

Plane spotters had an excellent opportunity to use the holes earlier this week when the Boeing 787 Dreamliner landed in Bratislava on July 11. This model, which brought a delegation from the United Arab Emirates to the capital, has only one twin in the world. The super-modern plane remained at Bratislava airport for one day, until July 12.