IT education may suffer from a lack of teachers 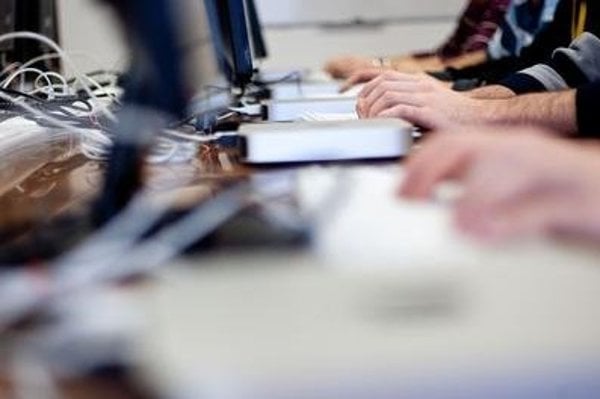 Though informatics still belongs among the popular specialisations chosen by applicants for study at universities, the Faculty of Informatics and Information Technologies at the Slovak University of Technology in Bratislava (FIIT STU) has had to decrease the number of students it accepts for its study programmes.

The number of spots available to first-year students dropped by 10 percent last year and by a further 30 percent this year. One of the reasons was the teacher to student ratio, explained FIIT STU’s Dean Mária Bieliková.

The faculty made the decision even though there was a risk it could receive less money to cover salaries. Under the current system, schools receive funding based on the number of students they accept. “But the risk that teachers will leave and we will be unable to secure the quality of education for such a high number of students was much bigger,” Bieliková told The Slovak Spectator.

Representatives of the IT sector and academia warn that if the government does not change its attitude towards supporting IT education at schools, Slovakia will soon lack teachers to educate new generations of experts necessary for the digital transformation of society.

Thus, they decided to address the government, calling for changing the system of financing universities. Similar attempts, however, have been made in the past, but none of them resulted in any significant change in the system.

The sector of information and communication technologies (ICT) generates up to 6 percent of GDP and contributes a significant amount of money to the state budget (8.6 percent of the total taxes paid by corporate entities).

The statistics also confirm that people working in the sector earn the highest salaries (€1,636 on average in May 2017) and belong among the most sought after occupations in the labour market.

Currently, more than 35,000 specialists work in the ICT sector, while a further 10,000 work in other sectors. The problem, however, is that about 10,000 specialists are lacking in the labour market, and this will not improve in the upcoming years. Conversely, the gap will only increase, warned Mário Lelovský, former chairperson of the organisation IT Association of Slovakia (ITAS).

This may pose a problem as it is expected that the country will have to educate a new generation of experts that will help with the digital transformation of Slovakia. Without them, the country may face serious problems that would negatively impact not only its economy, but also the competitiveness of firms.

“There is a risk that if our companies are not sufficiently prepared for changes, we will not become part of the European supplier-customer chain and the Slovak economy will significantly lag behind in the European area,” Lelovský said. 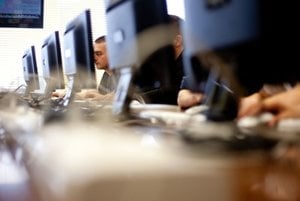 Though applicants for studies are still show interest in informatics and also employers seek graduates from these specialisations, the schools struggle with a lack of teachers. The problem is so great that without changes, the education system at several schools could collapse, said Robert Redhammer, STU rector.

“Slovakia needs to invest much more into informatics teachers if we want to be an economically and socially developed country,” Redhammer added, stressing that we will need many experts who understand the new technologies and can help maintain Slovak production in the global markets.

Also Bieliková admits that even though their teachers still have the desire to educate future IT experts, if the situation with financing and their remuneration does not change, they may leave for the private sphere.

Though we do not see any problems right now, as there is still a strong generation of economically active people, it is possible that in about 10 years no ond would replace them as there wouldn't be anyone to teach the next generation, she added.

“If nothing is done, we may have a second Detroit in Slovakia,” Bieliková said.

Representatives of the IT sector, academia and employers have therefore turned to the government to change how the country finances universities in a way that funding depends not only on the academic quality of the school and the various faculties, but also the demand for their graduates in the economy and society.

Moreover, it wants the government to allocate additional funds necessary for education of graduates in the sector that belong to the most wanted in the labour market.

“Both changes will enable the faculties with the most required and most needed graduates to extend their educational capacities and hire enough qualified and adequately paid teachers,” reads their joint statement.

The problem ITAS points to relates to the system of remunerating employees carrying out work in the public interest. Though the starting salaries are not ideal, the Education Ministry promises to increase them in the future, said its spokesperson Ivana Skokanová.

“The ministry is also open to the possibility that the public universities can set their own salary tables, which, however, was opposed by representatives of employers in the past,” she told The Slovak Spectator.

As for finances for universities, she mentioned the possibility to request subsidies for development. In 2016, for example, schools were given the opportunity to submit projects seeking support of IT programmes and faculties in 2017. Not one of them, however, used this possibility and chose other projects, Skokanová said.

Since there are several specialisations that claim they lack experts, the ministry plans to offer the subsidies again this year.

Not the first call

The call to change the system of financing university education is not new. The current system was set by the programme Millenium some 15-20 years ago.

“The main message and policy of this programme was to increase the number of students at universities, in which we succeeded,” Redhammer told The Slovak Spectator.

Yet the situation has changed since then. The system does not reflect the needs of the labour market, but rather the demands of secondary school graduates for their further education, he added.

The Education Ministry confirms it regularly receives proposals from schools to increase the coefficient used when distributing state money, but ad hoc changes would be non-systemic and they could harm the entire system, Skokanová said.

“Current coefficients are based on the ratio of personnel to students in various specialisations, but the rate of graduates seeking jobs is also taken into consideration,” she added.

The ITAS proposals are mentioned in the planned reform of education, the Learning Slovakia project, but there is still an impetus to actually implement the changes in order to prepare for the digital transformation, said Milan Ftáčnik, chair of the trade unions organisation Slovak Informatics Society.

“If our society doesn’t realise that we must prepare for a certain change, the opportunities will slip through our fingers,” Ftáčnik added.