Such replacements are not uncommon, chief of the General Staff of the Slovak Army Milan Maxim explained. 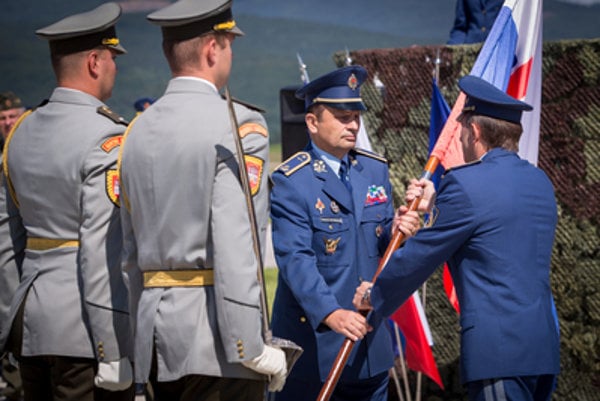 Brigadier Ľubomír Svoboda replaced Miroslav Korba as commander of the Air Force of the Slovak Armed Forces at a handover ceremony at the airbase in Sliač on July 14.

“This change in command was planned,” Milan Maxim said, as quoted by the TASR newswire. “General Korba held the post for almost five years, which is a period of time that warrants change.”

The outgoing commander is going abroad to perform tasks in military intelligence. While he was at the helm, the Slovak military purchased several types of military equipment, including cargo aircraft and helicopters.

Svoboda is expected to ensure staff and security stability, while also securing a steady number of pilots who will be trained to operate new equipment. “This costs taxpayers a lot of money,” Svoboda said when taking up his new role. “It is incumbent on us to make the most effective use of this equipment to the benefit of the citizens of Slovakia.”

A 1984 graduate of the Military Air Force Academy in Košice, Svoboda went on to hold several high-ranking positions in Slovakia’s Air Force, Training and Support Forces, and in the General Staff. Most recently he was chief-of-staff of the NATO Joint Force Command in Brunssum in the Netherlands.